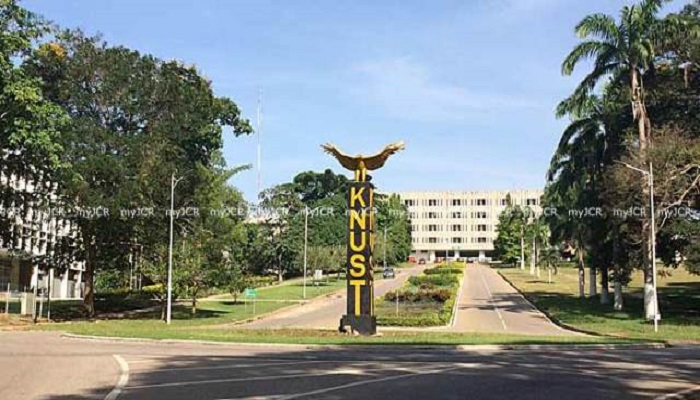 Authorities of the Kwame Nkrumah University of Science and Technology (KNUST), following an emergency meeting with the Ashanti Regional Security Council (REGSEC) in Kumasi, has temporarily closed down the University.

This was after some aggrieved students of the University embarked on a violent demonstration on Monday, October 22, destroying property worth several thousands of Ghana Cedis.

“The situation on the ground does not auger well for smooth academic activities, as well as the safety of students and staff.

“The Council, acting in consultation with the University authorities has, therefore, decided to for now put on hold all activities on campus,” Mr. Simon Osei-Mensah, the Regional Minister and Chairman of the Council, confirmed this to the Ghana News Agency (GNA).

Consequently, the student body has been directed to go home, and when the GNA visited the campus on Monday evening, the University was almost deserted with heavy security presence.

The Regional Minister said the meeting agreed that foreign students would be allowed to leave by Tuesday afternoon.

What was supposed to be a peaceful demonstration by the students against what they described as brutalities by the University authorities on Monday turned violent as some of the aggrieved students went on the rampage.

The demonstrators smashed louvres, billboards, windscreens of parked vehicles, and other property of the University.

Eighteen students, including; two females have since been apprehended, and helping the police with investigations.

Mr. Osei-Mensah called for calm as the REGSEC and key stakeholders worked around the clock to bring normalcy to the University.