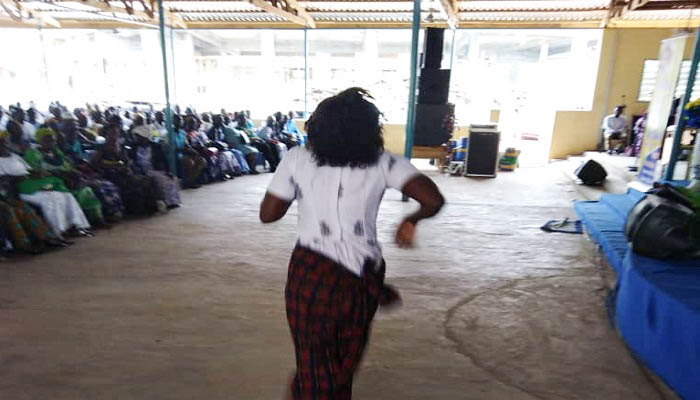 Madina District in the Madina Area of The Church of Pentecost held a joint service at Sychar on Sunday, July 8, 2018, to climax the District Week. During the service, a 40-year-old woman, Rebecca Mensah, who had been diagnosed with a spinal cord problem and was wearing a neck-collar was miraculously healed.

According to Rebecca, she had been sick for some time. She could not walk well, nor turn her body. She suffered from severe pains and was always assisted whenever she wanted to sit down, lie down or stand up. But her problem could not be diagnosed until May 21, 2018, when her doctor told her that there were openings in her spinal cord. Because of that, a neck-collar was prescribed for her.

On that fateful Sunday, during prayer time, she fell and when she got up, the pains and uneasiness were gone. She removed the collar and started running up-and-down in front of the congregation. She was so full of gratitude to the Lord God Almighty for healing her.