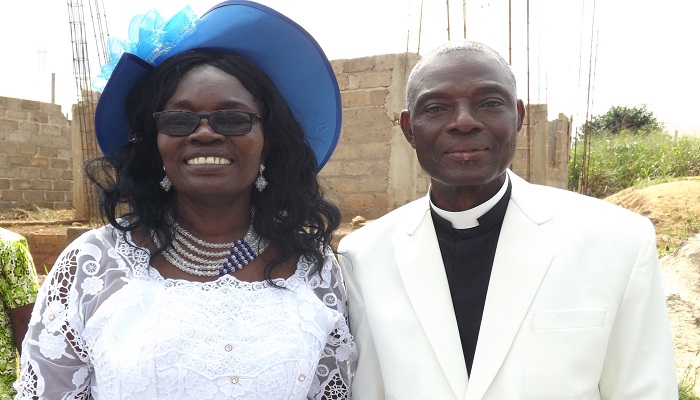 A retirement service was organised in honour of the Aburaso District Minister of The Church of Pentecost, Pastor Aaron Akrofi Dicka and his family who retired from active service on Sunday, July 29, 2018, after serving 36 years in the full-time ministry of the Church.

The event, which was held at the Bohye Prayer Centre in the Kwadaso Area, was officiated by the Kwadaso Area Head, Apostle Kingsford Kyei-Mensah, with assistance from the area pastorate.

Preaching on the topic “This Is My Time” based on Acts 13:36, Romans 12:1-2 and Ephesians 5:15-16, Apostle Kyei-Mensah asserted that human beings are bound by time and that only those who make proper use of their time excel in life. He said that the time given to humans is limited as a result there is the need for every individual to utilize it profitably.

Apostle Kyei-Mensah, therefore, admonished Christians to value and have respect for time in order for them to be prosperous.

Eulogising the retiring minister and his wife, the Kwadaso Area Head said “David served God in his own generation before he died. Pastor Aaron Akrofi and Mrs. Theresa Dicka have also served God in their generation in the full-time ministry for 36 years, and today, they are retiring. Throughout their ministry, they have impacted many lives.”

He advised believers to act quickly by serving God with all their heart since they only have a limited time to live on earth. He advised Christians, particularly the youth, to make good use of their energies since a time would come when they would not be as energetic as they are at present.

A testimony read on behalf of the General Council of The Church of Pentecost described Pastor and Mrs Dicka as outstanding workers in the Lord’s vineyard who firmly defended and upheld the doctrines of the Church and stayed true to the Pentecostal heritage.

“They also made conscious efforts to pass on such valuable beliefs and principles to the youth of every District they pastored thereby sowing very good seeds which would yield a great and fruitful harvest for future generations,” the testimony further read.

The Kwadaso Area Ministers and Wives, in their testimony, described the retiring couple as humble, sociable, approachable, honest and impartial, while the Aburaso District, where they pastored for the last four years in full-time ministry, described them as real Bible teachers, kind, prayerful and very passionate about reaching out to lost souls.

In response, Pastor Akrofi Dicka, on behalf his wife and family, expressed a heartfelt appreciation and gratitude to God, the General Council, past and present Area Heads, the Pastorate, the entire Aburaso District membership and all who contributed in diverse ways to their fruitful ministry.