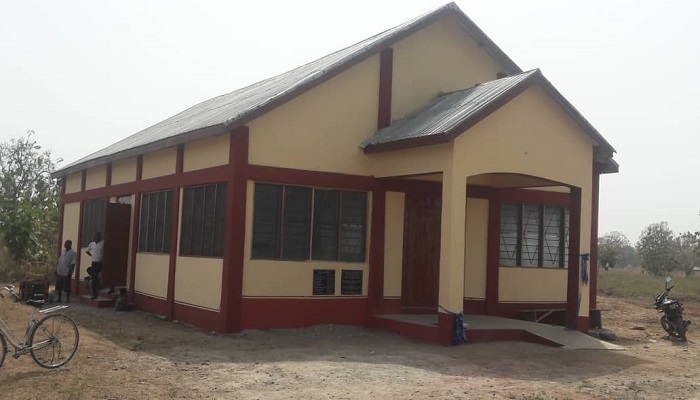 The newly constructed Tinguri Assembly church building in the Walewale District of The Church of Pentecost has been dedicated to the glory of God.

In his sermonette, Probationary Overseer Samuel Quartey Huago of Nasia District, implored the congregation to recognize that their bodies are the house of God, and should therefore keep it holy for Him.

Speaking on the topic, “The House of God” taken from 2 Kings 21:7, P/Ovr. Huago explained how King Manasseh and the people of Israel defiled the temple of God with idol worship, drunkenness, fornication, among other vices.

He revealed that God has some interest in physical structures which He demonstrated in the building of the ark, tabernacle and temple. He however added that God is more interested in the body of the Christian than in structures. He entreated the members to worship God in the beauty of holiness through the power of the Holy Spirit.

The project was completed at the cost of GH¢44,487.00. It was largely funded through the Community Based Church Building (CBCB) fund.

Present at the well-attended event were the wife of the Area Head, Mrs. Esther Adu, some ministers and wives in the Walewale Area, chiefs, opinion leaders, members of the community among others.