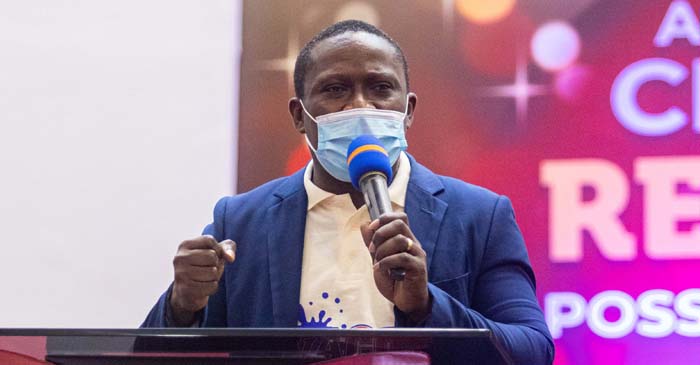 Christians all over the world have been charged to take up the task of intercession, particularly in their evangelistic endeavours.

The Odorkor District Minister of The Church of Pentecost, Pastor Abraham Addae Agyemeng, made the clarion call yesterday at the ongoing Evangelism Conference (EVACON 2021) held at Kaneshie Central Assembly church auditorium in Accra.

He explained that intercession and evangelism must always go together, adding that, they were the core component of Christ’s ministry whilst He was physically on earth.

“Jesus interceded for Peter when the enemy planned to sift him like wheat. He interceded for the church in John 17. He also interceded for cities like Jerusalem and the nations. He is currently interceding for us at the right hand of God,” he noted.

Quoting several scriptures to buttress his points, Pastor Agyemang said the Holy Spirit, who is Himself a person of the trinity, is also an intercessor who intercedes for believers through ‘wordless groans.’ Likewise, believers must also plead the cause of unbelievers to God in prayer, he stressed.

“All sinners are not at peace with God and His judgment awaits them. Therefore, we must intercede for them to come to themselves and run back to God in repentance and to receive salvation,” he explained.

According to the Odorkor District Minister, every believer qualifies to be part of the ministry of intercession, disclosing that, people of all age groups, including children and the aged, could take on the special duty of interceding for others in prayer.

He noted that the Lord has a special affinity for persons who stand in the gap for people and nations in prayer, pointing out that intercessors are dangerous to the enemy, and they are special forces in the Militant Church that God does not play with.

“Two great intercessors in the Old Testament were described as God’s friend (Abraham) and Man of God (Moses). Moses interceded for the Israelites (Exodus 32:9-14) till God changed (repented) his decision to wipe all of them out at once. Abraham also interceded for his family in Sodom and Gomorrah to be saved (Genesis 18:22-33). Daniel and Ezra too interceded till Israel was saved from captivity and brought back to their homeland,” he said.

He continued that Simeon and Anna (Luke 2:25-35, 36-38) were also mentioned in the New Testament as persons who interceded till they saw and touched the Messiah – Jesus Christ.

To be an effective intercessor, Pastor Agyemang said, the individual must consider intercession as a ministry, make it every part of their being, and offer intercession daily and faithfully from the heart.

He pointed out that true intercessors are spirit-led (crucify their flesh), selfless, holy, compassionate, persevering, available and reliable.

He also indicated that every intercessor should be a ‘man of the word’ and ‘prayer machine.’ He, therefore, urged believers, particularly those who are ready to stand as intercessors, to study the word (Joshua 1:8) and pray fervently.

Some of the areas of intercession Pastor Agyemang mentioned include petitioning God for the harvest (1 Timothy 2:1), engaging and nullifying territorial spirits, occultic and false; breaking the chains of those who are bound (Matthew 12:29; Mark 3:27); and nullifying philosophies and barriers to the acceptance of the Gospel including false religions.

This year’s Evangelism Conference (EVACON 2021), organised by The Church of Pentecost Evangelism Ministry, is under the theme: “A Revived Church in an Aggressive Evangelism and Informed Intercession” (Ezekiel 37:1-10). The event is being held simultaneously at various centres nationwide.