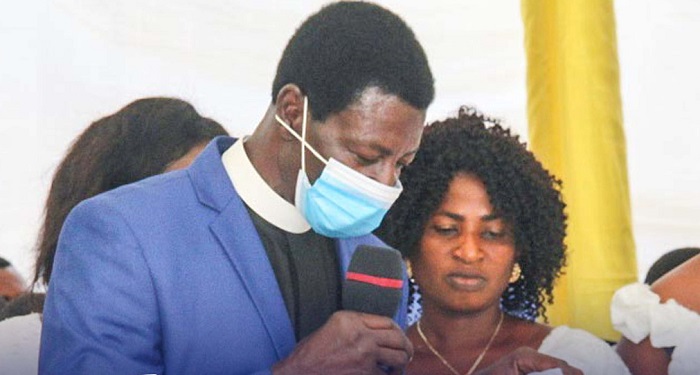 It was all joy as people of all walks of life trooped to the Central Auditorium of the Jumapo District in Koforidua Effiduase Area of The Church of Pentecost to bid Pastor Joshua Asante farewell as he retired from active service after 23 years of service.

Pastor Joshua Asante got married to Mrs. Susana Asante in 1976 at Berekum. They are blessed with six children – two males and four females.

He accepted the Lord Jesus Christ as his Lord and Saviour in 1986 and was baptised by the late Pastor J. K. Prah. He was ordained as a deacon in 1990 and later as an elder before his call into full-time ministry in 1996.

In a sermon on the topic, “God Bless You” based on Numbers 8:22-26, Apostle Daniel Yeboah Nsaful said that blessing involves the total well-being of a person. “Blessing is a gift of God and necessary for Christians because it is the blessing of God that makes one prosper,” he said, adding, “Some of the causes of the blessings of God are when one acknowledges God and comes before Him, and do His work.”

He commended Pastor Asante for his dedication to the ‘Ghetto Ministry’ and praised him for not using his age and years in service to bully his fellow pastors.

Concluding, Apostle Nsaful prayed that the Lord will keep and make His face shine on Pastor Asante and grant him peace.

In a testimony read by the Kade Area Head, Apostle Lawrence Otu-Nyarko, the General Council of the Church said: “Although calm and unassuming, Pastor Joshua Asante is a principled and visionary leader who served the Lord wholeheartedly. His output in ministry was very significant. He has distinguished himself as a hardworking soldier of the cross.”

The Koforidua Effiduase Area Pastorate described Pastor Asante as a major contributor to the Area, having joined the Area just two years after its creation from Koforidua in 2013, adding: “He is approachable, humble and comforting to be with.”

In attendance were Apostle Obiri Yeboah (Rtd.); Elder Nana Kwasi Sompreh, Bogosohene; some retired ministers, pastors from other Areas, representatives of Local Council of Churches, chiefs, among others.