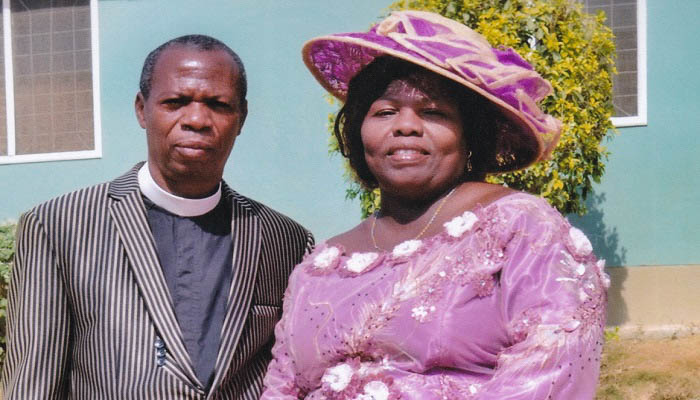 Jacob Akwasi Ankrah was born on Sunday, June 9, 1953, at Tanoso Techiman in the Brong Ahafo Region. He is the fourth of eight children of the late Opanin James Akwasi Amuzu and Agnes Akua Akrah.

Jacob started primary school education at Buoku Local Authority and continued at Tanoso Local Authority Middle School, obtaining the Middle Leaving Certificate (MSLC) in 1973. Jacob, brilliant as he was, had in mind to pursue secondary education but due to financial handicap could not.

Jacob joined Modern Ghana Building Company as a Surveyor apprentice for two years. He later joined the Ministry of Agriculture as Technical Assistant and worked there for twelve years, until 1989 when he was called to full-time Ministry of The Church Of Pentecost.

Jacob Akwasi Ankrah accepted Jesus Christ as his Lord and personal Saviour and was baptized in water by Pastor John Danah (now Retired) at Sawla in June 1977. In July 1978, he received the Holy Ghost Baptism.

Backed by a God-fearing and virtuous wife, Mama Martha Ankrah, our colleague soldier of the Cross brought many into the saving knowledge of Jesus Christ and helped to ground them in the faith.

Together, Pastor and Mrs. Ankrah formed a formidable partnership in ministry. They have fared well in their dealings with the Lord, and He, the great rewarder for good works, will reward them according to His riches through His Son, Jesus Christ.

A retirement service would be held in honour of Pastor Jacob and Mrs. Martha Ankrah on Sunday, July 29, 2018, at the Tepa Beposo Central Assembly in the Goaso Area of The Church of Pentecost.