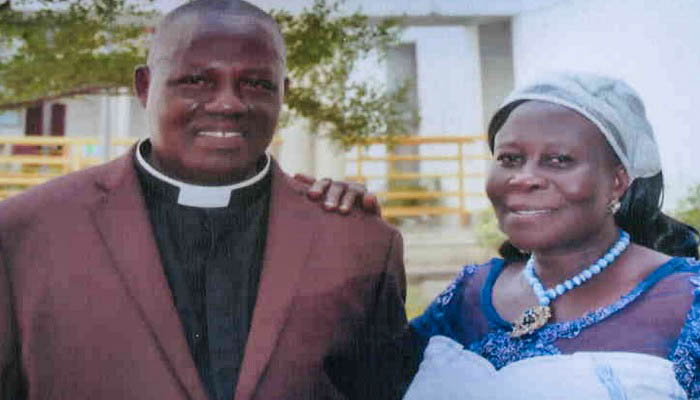 Isaac Joe Adusei was born on September 15, 1953, at Peki Tsame in the Volta Region to Togbe Emmanuel Aduse and Deaconess Felicia Adusei, both of blessed memory. Adusei is the third of four (4) children of two males and two females.

He had his elementary education at Peki Tsame E.P. Primary and L/A Middle Schools and successfully completed Middle School education in l970. He pursued a four-year Secondary/ Business education at Ho Business College from 1971 to 1974 and obtained several secretarial certificates and qualifications.

With accounting as his main subject, he secured an appointment with P.T.C and was posted to Akatsi as Accounts Clerk for three (3) years (1978 to 1981). Having been promoted to the position of Accountant, he was posted to Abura Dunkwa as Accountant/Administrative Officer. He served in that position for four (4) years (1981 to 1986) till he was called into the full-time ministry.

Isaac accepted Jesus at the early age of 14 and was baptized in water on July 30, 1967, at Peki by Pastor V. Y. Gogo (of blessed memory). He served as the Children’s Ministry Teacher at Peki Central Assembly till he left for Accra to seek for employment.

When he was posted to Akatsi on circular employment, he discovered that there was no Church of Pentecost there. He, therefore, contacted the then Pastor K. K. C. Gadzekpo (who was then the District Pastor at Agbozume but now deceased) and a powerful crusade was organized, through which the Church was opened at Akatsi in 1978. He was, thereafter, ordained as an Elder at Akatsi by the Apostle S.Y. Owusu (the then Volta Regional Apostle, now deceased).

He then presided over the young church at Akatsi from 1980 up to 1981 when he was transferred to Abura Dunkwa by his employers. Isaac J. Adusei got married to Miss Monica Afare on May 24, 1981. The marriage is blessed with three sons and four daughters.

The successes Pastor Adusei has chalked in ministry could not have been possible without the support of his wife, Mrs. Monica Adusei, an industrious woman who has stood solidly behind him. She has been a prayer warrior, counsellor, and a teacher to her husband, as well as a role model for many others. The duo formed a formidable team to champion the Kingdom business in every facet of their ministry.

A retirement service would be held in honour of Pastor Isaac and Mrs. Monica Adusei on Sunday, July 29, 2018, at the Asikafo Assembly in the Assin Foso Area of The Church of Pentecost.