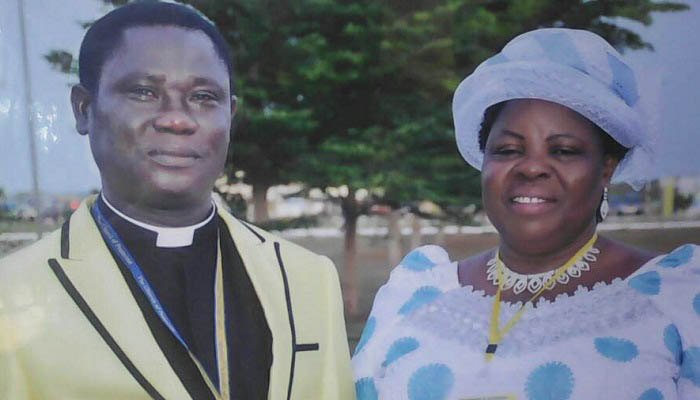 Benjamin Kwasi Konotey was born on April 14, 1953 at Mpaemu, to David Konotey and Abena Mercy, both deceased. He is the last born of the six (6) children of his parents.

B. K. Konotey started elementary school at Mpaemu Presbyterian Primary in 1960 and later continued at Adumasa L/A Middle School and completed in 1970 with the Middle School Leaving Certificate.

He married Elizabeth Awo Yaa in 1979. The union has been blessed with three (3) children, two males and a female.

B. K. Konotey was converted and baptized into The Church of Pentecost in 1981 at Ado-krom by Apostle G. K. Narh (Rtd.) the then District Pastor at Dedesewirako.

B. K. Konotey responded to the call into the full-time Ministry in 1989. Despite all trials and temptations, he faithfully and wholeheartedly served for 29 years.

Pastor Benjamin Konotey could not have seen the end of a fruitful ministry without the able support and love of his better half, Mrs. Elizabeth Konotey. Her unflagging dedication and support to his ministry has been remarkable. Just like her husband, she is very hardworking and gifted counsellor who is able to calm any agitated heart.

A retirement service would be held in honour of Pastor Benjamin and Mrs. Elizabeth Konotey on Sunday, July 29, 2018, at the Sokpoe Assembly in the Tema Area of The Church of Pentecost.