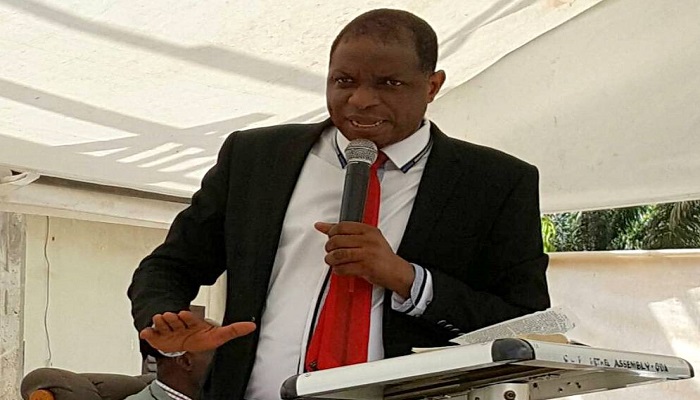 The Akim Oda Area Head of The Church of Pentecost, Apostle Peter Kofi Dzemekey, on Sunday, July 22, 2018, inaugurated the newly created Akim Asuboa District. The inauguration ceremony coincided with the dedication of the district mission house.

The Area Head was assisted by Pastor Sylvanus Alladeh of Akim Manso District and other ministers in the Area. As part of the service, over 200 officers from various districts in the Area were ordained as Elders, Deacons and Deaconesses.

The newly created district was carved out from the existing Akim Manso District.

The sod was cut to commence the construction of the mission house on February 14, 2017 by Apostle Dzemekey. The project was funded with grants from the Headquarters under the Community Based Church Building (CBCB), Area Infrastructure Development Fund, and other sources.

Elder Patrick Kwame Danso of Akim Asene District was acknowledged for funding the construction of the access road to the mission house.

In a sermon titled, “The Anointing Brings the Difference” based on 1 Samuel 17:25-26, 1 John 2:20, Pastor Anthony Obeng of Akim Akroso District noted that anointing emanates from the Holy Spirit. According to him, the Holy Spirit resides in all Christians, hence the anointing is not found in stickers and bottles or any other objects.

Present at the service was Mrs Faith Dzemekey (wife of the Area Head), among others.