Kofi Annan Taught The World How To Do Politics – Angela Merkel 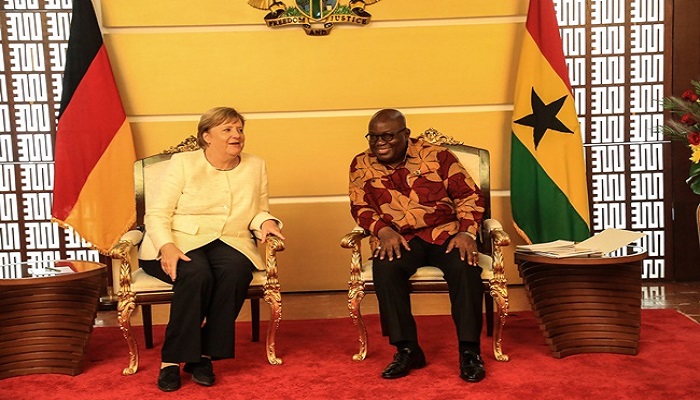 Kofi Annan Taught The World How To Do Politics – Angela Merkel

Speaking at a state lunch hosted by President Akufo Addo in her honour as part of her one-day state visit to Ghana, Chancellor Merkel said a few days ago that Ghana had lost a great son in Kofi Annan. “It was Kofi Annan who taught us the way in which we ought to do politics,” she said, adding that, “He taught the world to do politics in a way that is to the benefit of everyone in belief that we can create a win-win solution and that we don’t have to make sure that it is only the stronger one who wins.”

In her speech, Chancellor Angela Merkel said as far as Germany is concerned, the youth of Ghana is the new focus of her country’s relationship with Ghana.

President Akufo Addo recounted the various assistance that Ghana has received from Germany over the years. He welcomed the decision of the German government to streamline its cooperation with and development support for Ghana to fall in line with government’s vision of lifting Ghana beyond aid.

The President assured the Chancellor that Ghana will continue to collaborate with Germany at the bilateral and multilateral levels in finding solutions to issues such as widespread poverty, irregular migration, insecurity and human rights violations, terrorism, piracy as well as climate change and its attendant impact on the environment and livelihoods.