Keep Your Eyes On The City Of Heaven – GS Tells Believers 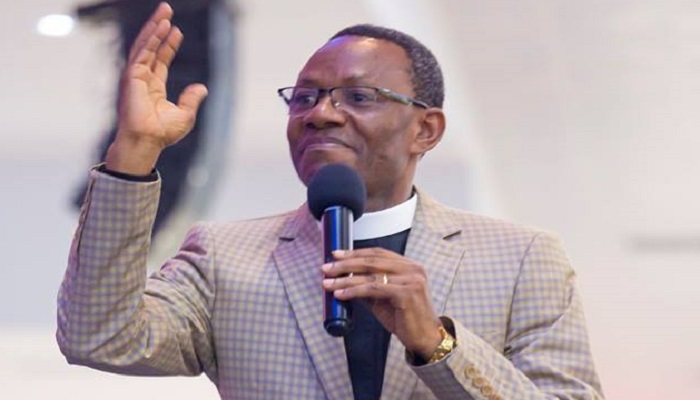 Keep Your Eyes On The City Of Heaven – GS Tells Believers

The General Secretary (GS) of The Church of Pentecost, Apostle Alexander Nana Yaw Kumi-Larbi, has advised Christians to look beyond earthly things and rather focus on the heavenly home promised them by God.

According to him, nothing in this world compares to the heavenly city that God has prepared for those who serve His purpose on this earth.
Apostle Kumi-Larbi said this when he delivered the sermon titled: “A Glimpse Of Heaven” at Kwadaso Central Church at Kumasi in the Ashanti Region. The service was attended by the family of the late International Missions Director (IMD), Apostle Benjamin Kofi Arthur (Rtd.), on Sunday, November 18, 2018.

In his sermon, Apostle Kumi-Larbi read from Revelations 4:1-11, Revelations 21 and Revelations 22:1-7 to paint a picture of what believers could expect in the City of Heaven.

He explained that Heaven is a mysterious city because the Bible describes it as a house with many mansions (John 14:2).

“Generally, it is known that houses have many rooms, but for Jesus Christ to say that in the Father’s house there are many mansions is a mystery that should excite us and make us curious,” he said.

The General Secretary also noted that although there are some breathtaking architectural designs in some parts of the world, none of them comes any closer to the City of Heaven which was designed by God Himself and within a span of 2000 years.

“This is why 1Corinthians 2:9 reiterates that eyes have not seen nor ears heard what God has in store for them that love,” he said.
In addition to the above, he said that the City of Heaven is a place of everlasting peace and joy, this is because all the troubles of this world such as labour pains, sicknesses, and death, among others, would be no more.

Apostle Kumi-Larbi, therefore, urged believers to keep their eyes on the promised City and to do everything in their ability to make it there. To be able to achieve this, he urged Christians not to focus on the things of the earth, which do not last and rather focus on the joyful experience that awaits them.

Present at the service were the Chairman of The Church of Pentecost, Apostle Eric Nyamekye, International Missions Director, Apostle Emmanuel Gyesi-Addo among others.