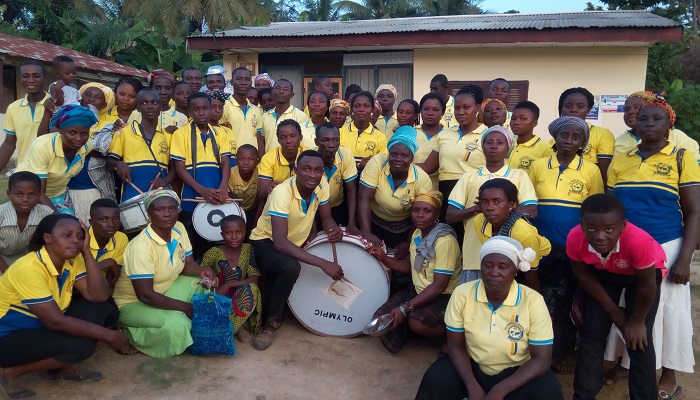 Members of the Bayerebon District in the Sefwi Bekwai Area of The Church of Pentecost embarked on a float dubbed “Freedom March” on Friday, November 16, 2018, to proclaim that Jesus is the only one who gives freedom.

The float, which was part of a weeklong district programme held under the theme, “Indeed, Jesus will set you free” (John 8:36), took place from Monday, November 12 to Sunday, November 18, 2018, under the leadership of the District Minister, Overseer Austin Kofi Fuachie.

Speaking on the theme of the event on Day 1, Overseer Fuachie revealed that humanity became a slave to sin and its consequent effects because of the Adamic nature humans are born with.

Reading from John 8:31-38, he noted that Jesus is the only accredited saviour who can bring freedom to anyone entangled in sin, sorrow, debt, sicknesses and eternal death.

Overseer Fuachie referred to the stories of the man who was possessed by evil spirits and the woman with the issue of blood in Mark 5:1-15 and Mark 5:25-34 respectively, to stress on the fact that Jesus has awesome power to bring freedom from all infirmities and afflictions.

He, therefore, encouraged believers to continually trust and repose their faith in Jesus for total deliverance and freedom.

According to the Bayerebon District Minister, both situations in the above-mentioned scriptures were hopeless since the challenges the people were facing could not be taken away by human effort, expertise, experience and knowledge.

“Jesus has the power and authority to deal with any hopeless situation in your life. He came to destroy the works of the devil and that includes your total freedom,” he noted.

Overseer Austin Kofi Fuachie ended his sermon by encouraging members to rely on God any time they are faced with any challenge.
Other speakers at the event included Rev A. D. Anderson (Apostolic Church, Ghana, Bayerebon District) and Elder Owusu-Ansah.