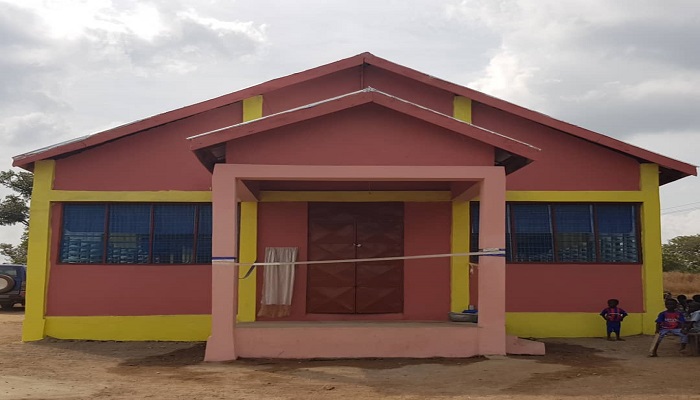 The Yendi Area Head of The Church of Pentecost, Apostle William Kojo Edzorhoho, on Tuesday, November 27, 2018, dedicated the Kukukpong church building in the Sangban District.

The Kukukpong church was established in 2008 by Pastor Hayford Yatimbo, the then District Minister of Senyai District after a rally. The assembly grew during the time of Pastor Enoch Mensah.

Speaking at the service on the topic, “Do Not Stay Too Long Around This Mountain” (Deuteronomy 1: 6-8), Overseer David Arthur of Gnani District charged believers not to stay in past glory, but rather advance in order to get to the promised land.

He urged them to endeavour to advance in life, because God loves hard working Christians but hates laziness.

Pastor Arthur advised people who want to walk in signs and wonders to come to Christ, because He is the healer and has the antidote to all life challenges.

He also called on believers to long for the Holy Spirit and the infilling of the Spirit.

In his remarks, Apostle Edzorhoho entreated the members not to continue to stay under the mountain, but rather move forward in every aspect of their lives.

The Area Head commended Pastor Kwesi Nkansah Adomako, the District Minister, the officers and the members of the district for the good work done.

The event was attended by the Pastorate in the Area. Also present to grace the occasion was Obre Naa Alhassan Issah, the Chief of Kukukpong.