His Grace Has Done It Again

Home - News - His Grace Has Done It Again 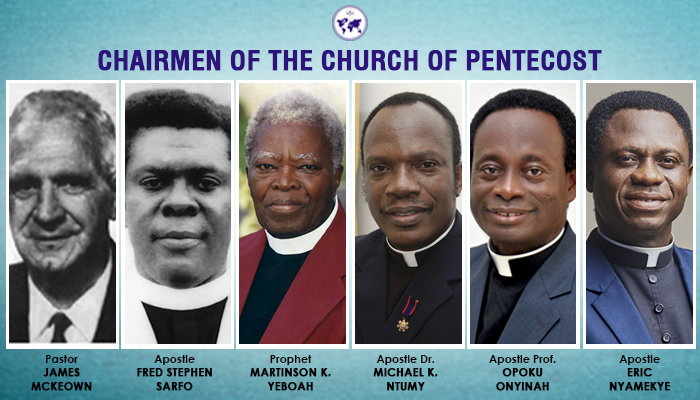 His Grace Has Done It Again

It is a known fact that God calls people to serve His purpose in specific generations. Joseph, Moses, Deborah, Samuel, David, Elijah and Daniel are a few of the people who God used mightily in different periods in history.

As a result, it is very crucial for every group of people or generation to have a leader. Exodus 24 and 32 reveal that Moses, after leading the Israelites out of Egypt to the Desert of Sinai, left them in the care of his brother Aaron to seek the face of the Lord on Mount Sinai. Upon his return, he realized that the Israelites had gone back to their wicked ways and made idols for themselves. This is evident that, when there is no leader to lead people towards the desired vision, they will most likely be led astray. To reemphasize, without a leader to rally followers towards a common vision, they will stray from God’s purpose and subsequently perish.

By the grace of God, The Church of Pentecost has never been short of good leaders. In fact, the very existence of the Church was a result of the great leadership of the founder, Pastor James McKeown, who defied all odds to set up and sustain the Church, despite strict opposition and diverse forms of persecution.

Just as it is important to have a good leader, so is it equally important to have a capable successor to continue the good work that has been done. Moses, after leading the Israelites for 40 years, handed over the mantle of leadership to Joshua. Unfortunately, Joshua could not hand over to a capable successor which eventually resulted in the Israelites going back to their evil ways.

Choosing a successor can be very difficult. There have been several instances in the past where the appointment of a successor, in some Christian denominations, have resulted in very dramatic and unsavoury situations. In some cases, people have been verbally abused, wrongly accused or falsely vilified for allegedly favouring one candidate over another. Such cases, if unresolved, either end up in the Court of Law or result in the division of the Church.

That notwithstanding, the Church public, as well as the general public, were looking on with keen interest as to how the election of the next Chairman of the Church would turn out. Although the election of the new Chairman was not the only agenda of the 43rd General Council Meetings, it was the most talked about and anticipated, even amongst the Councilors who were participating in the meeting.

It was, therefore, no surprise, when on Thursday, May 3, 2018, which was the day scheduled for the election to take place, there was rife speculations and rumours on Social Media as to who the possible candidate could be. The excitement and curiosity that surrounded the election was amazing. All eyes were on the Church, and all ears including that of the mainstream media were inclined towards the Pentecost Convention Centre. While some media houses held panel discussions on the election of the new Chairman of the Church, others gave their audiences updates on proceedings and possible outcomes.

To ensure transparency in the election, Apostle Prof. Opoku Onyinah, the outgoing Chairman, insisted that the process be broadcast live via the Church’s official Facebook page and Pent TV so that the church public could also monitor proceedings for themselves. As a result, church members were able to follow proceedings from the comfort of their homes, workplaces and wherever they were.

At the end of the election, Apostle Eric Nyamekye, the proposed candidate, received an overwhelming endorsement from the General Council to lead The Church of Pentecost for the next five years. What was most impressive was the transparent nature of the process and the relaxed atmosphere under which the elections were conducted. In the end, an event that some anticipated to be contentious and nerve-racking ended in wild celebrations, with everyone satisfied with the outcome.

Looking back on all that transpired before, during and after the elections, we can only give all the glory to God for the great feat He has accomplished for His church. Today, The Church of Pentecost is certain of a promising future, knowing well that the Lord is with His church. We, therefore, agree with the songwriter to sing:

What shall we offer to You, Oh Lord,

For Your Grace has taken us through

We bring our sacrifice of praise

For Your grace has done it again

Your grace has taken us through, oh Lord

Your grace has done it again

Gracious One, we bow down to You

May the Almighty God be greatly praised!

Long Live The Church of Pentecost!!

The Church is marching on!!!