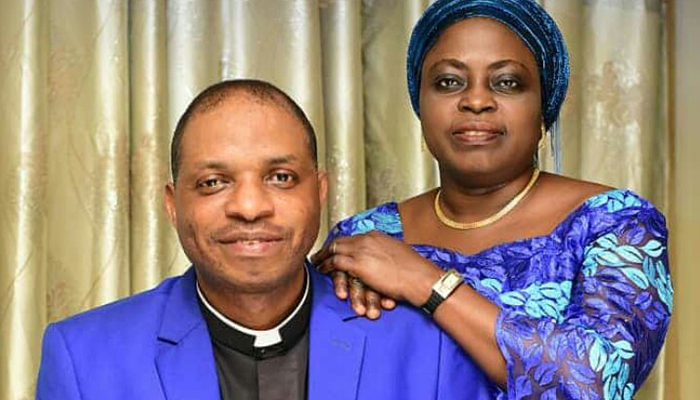 A send-off service has been held in honour of the outgoing Akim Oda Area Head of The Church of Pentecost, Apostle Peter Kofi Dzemekey and his family.

The well-attended service which took place on Sunday, September 9, 2018, at the Shechem Prayer Grounds, was officiated by the Suhum Area Head, Apostle Anthony Eghan Kwesi Ekuban.

Among the ministers of the Church who attended the service were: Prophet Robert Dentu (Nkawkaw Area Head), Apostle William Boakye Agyarko (Afram Plains Area Head), Apostle Daniel Nsaful (Koforidua Effiduase Area Head), and Apostle Moses Ayitey (retired), the immediate past Area Head for Asamankese. Also in attendance were traditional leaders in the area, among other dignitaries.

In a sermon delivered by Apostle Ekuban on the titled, “My Presence Shall Go With You” taken from Exodus 33:14, Matthew 28:20b, he explained how the presence of God was manifested in the Old Testament in clouds and through Angels, but in the New Testament through the Lord Jesus Christ, the word of God and through certain circumstances.

Apostle Ekuban further said that in the New Testament, the presence of God has been given to believers through the Holy Spirit who gives them daily redemption.

He noted that faith in God, dependence on the word of God, being prayerful and abiding under God’s anointing are the prerequisites for God’s continuous presence in the life of the Christian.

In a testimony, the Area Women’s Ministry described the wife of the outgoing Area Head, Mrs Faith Dzemekey, as “a woman who is highly sensitive to the promptings of the Holy Spirit, heaven conscious, a giver, and sociable.”

Elder Isaac Osei Agyemang, the Area Deacon, on behalf of the Area Presbytery, described Apostle Dzemekey as “a man of high integrity, a man of the word of God, sociable, and highly spirited person.”

Enumerating some of the achievements chalked under the tenure of Apostle Dzemekey, the Area Deacon said six new districts were created, 34 new assemblies were established, 17 new church buildings were dedicated, 5,962 new souls were won, out of which 6,654 were baptized in water, among others.

The Oda Nkwantanum District Minister, Pastor Alex Kyere, on behalf of the pastorate described Apostle Dzemekey as “a man who operates in the gift of faith, word of knowledge, word of wisdom and an apostle whose gifting places him in all the five-fold ministry as explained in Ephesians 4:11.”

Apostle Dzemekey further thanked everyone who supported him in varies ways during his stay at Akim Oda.