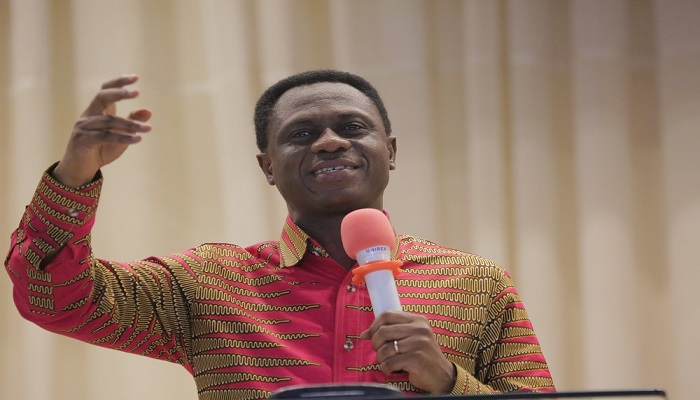 The Chairman of The Church of Pentecost, Apostle Eric Nyamekye, has applauded elders of the Church for the vital role they play in the effective running of the Church.

According to the Chairman, elders who are the ‘gatekeepers’ of the Church ensure that members are engrained in their faith in Christ as they teach and disciple the members.

Apostle Nyamekye said this on Day One of his meeting with all elders in the Tema and Ashaiman Areas at the Safo Memorial Temple, Greenwich Meridian District, at Tema Community 5, on Wednesday, December 12, 2018.

The meeting, which was attended by the General Secretary, Apostle Alexander Nana Yaw Kumi-Larbi, and Apostles Matthew Larbi Wettey and Patrick Kingsley Ennin, the Area Heads for Tema and Ashaiman Areas respectively, was to explain the new five-year strategic vision of the Church, dubbed “Vision 2023 (Possessing the Nations)” with the officers.

As at December 2017, unpaid officers of the Church (elders, deacons and deaconesses) were estimated to be 103,000, with elders constituting about 35,000.

This, the Chairman believes, puts elders and unpaid officers in general at a very strategic position to manage the affairs of the Church at the local assemblies, where the actual ministry work takes place.

Apostle Nyamekye admitted that the invaluable contributions of elders and other unpaid officers to the cause of the kingdom business has greatly contributed to the Church’s penetration into the rural communities and hard-to-reach areas in the country, where many churches are finding it difficult to go.

The Chairman indicated that the Lord, who is the owner of the Church and the great rewarder, will surely replenish the efforts of the unpaid officers and bless their offspring if they remain steadfast in their services to the Lord.

Apostle Eric Nyamekye therefore admonished ministers of the Church not to lord their positions over officers, because it was elders who raised them up in Christ.

Touching on vision 2023 “Possessing the Nations: Equipping The Church to Transform Every Sphere of Society with Kingdom Values and Principles” as its overarching theme, he stated that the Church has a dual purpose, thus it has been called by God to serve Him and sent out to the world to be God’s ambassadors.

“The priority and purpose of the Church is for equipping believers and sending them to affect the spiritual and moral darkness in our societies. We need to focus on unleashing believers to rule and reign in every area of society where a believer is present in order to carry the glory of God into those places,” he stressed.