The Church Of Pentecost Inaugurates University Workers Guild At Winneba 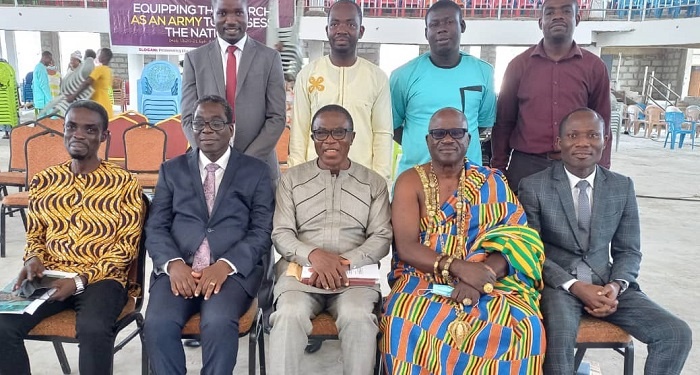 The Winneba Area of The Church of Pentecost made history on Monday, 7th March, 2022 when it inaugurated the first-ever University Workers Guild in the Church in its bid to possess the University of Education – Winneba (UEW) campus for the Lord.

He added: “Just as the Chairman desires to get the Workers Guilds, especially the University Workers Guilds, functioning effectively and making the needed impact, so it’s my prayer that you get well rooted and established and have a great impact on UEW campus in the next few months and years.”

As part of the “Possessing the Nations” agenda, The Church of Pentecost is employing the Workers Guilds concept as part of the tools for equipping members to transform every sphere of society with the values and principles of the Kingdom of God.

“Through the Workers Guilds and other approaches, we seek to contribute to a God-fearing society with hardworking and committed citizens; a society where there is the display of Christ-like behaviour and the demonstration of a high level of integrity; a society with a considerable reduction in social injustice, corruption, crime rate and other social vices,” the National Workers Guilds Coordinator averred.

Dr. Yeboah lamented the situation where Ghana as a nation has all that it takes to be prosperous, including natural and human resources, yet finds itself in an impoverished form as a result of corruption and other ungodly work ethics. He, therefore, called on the Workers Guilds of the Church to help change this situation at the various workplaces and by so doing change the situation and the fortunes of the country.

The Coordinating Team of the University Workers Guild – Winneba was given their charge and prayed for by the Winneba Area Head of the Church, Apostle Samuel Otu Appiah.

The event, which was an Area All-Day Prayer Meeting was also used to inaugurate the Chieftaincy Ministry of the Church in the Area.