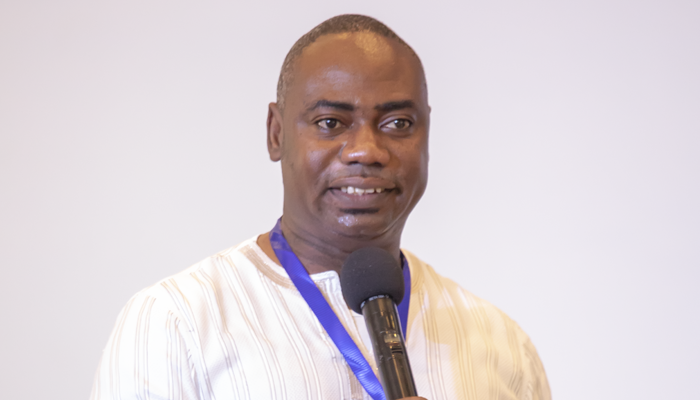 The Presiding of Atomic Pentecost International Worship Centre (PIWC), Elder Evans Kwami Ayim, has indicated that Christians carry a mandate that they can exercise to turn the world around for Jesus Christ.

Giving the word of exhortation at the ongoing EVACON 2018 at the Pentecost Convention Centre (PCC) on Thursday, September 27, 2018, on the topic: “My Labour For His Harvest” based on Luke 10:1-17, Elder Ayim said that the same mandate given to the early apostles of Christ like Peter and John which is the power of the Holy Spirit, has also been given to the current generation of believers.

He explained that when Jesus sent out the 72, He gave them a mandate [power] to declare the Kingdom of God and redemption to the people, healing them and casting out demons.

“We have not received a diluted version of the Holy Spirit given to Peter, John and Paul. It is the same mandate that we have. You carry a mandate and you can declare peace into the life of somebody and Jesus will enter into their lives and all their sufferings will come to an end.

“In the mandate is authority, ordained strength and power, and that power is ever present. Let us arise and exercise our mandate. No sickness, power and condition can ever defile the power of Jesus Christ, because when we declare His name, His power is activated and released,” he stated.

Elder Ayim expressed worry that many Christians today do not carry the power of God, because they have been sitting down dormant for quite too long, saying, “It is time to do the Lord’s work and activate the mandate.”

He also charged Christians to enlist as labourers in the Lord’s vineyard, because the harvest is plentiful but the workers are few.

He explained that from the time that Jesus arrived on this earth and declared His mandate in Luke chapter 4, it has always been the harvest time.

“The harvest time is on. The Lord is looking for men and women who will go around the world to harvest souls for Him. When you are enlisted as a labourer in the Lord’s vineyard, you will be equipped and empowered to do mighty things for God,” he stated.

He maintained that every labourer in the Lord’s vineyard should carry a message, and that message should be reflected in their lives, saying, “You can’t give what you don’t have; the Kingdom must reflect in you.”