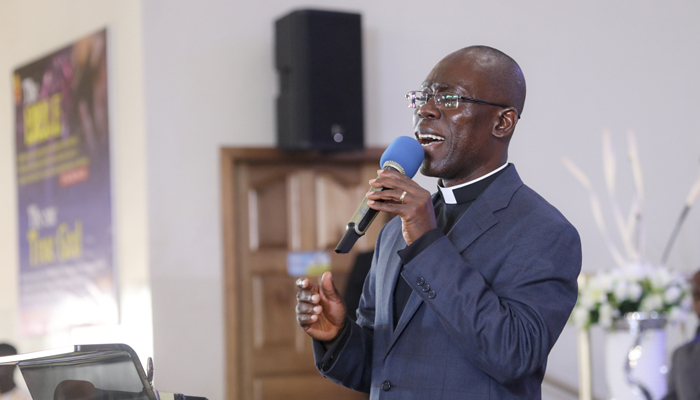 The Rector of the Pentecost University College (PUC), Apostle Dr. Daniel Okyere Walker, has indicated that the world today needs to encounter the power of the Holy Spirit in order to experience the miracles of Jesus Christ.

Speaking on the theme, “Gifts of the Holy Spirit” during a service with the Korle-Bu Pentecost Students and Associates (PENSA) on Sunday, October 14, 2018, Apostle Dr Walker drew the attention of Christians to the fact that the gifts of the Holy Spirit are real and of utmost relevance in the postmodern world.

Apostle Dr Daniel Walker, an Executive Council Member of The Church of Pentecost, revealed that the Holy Spirit convicts of sin and causes people to yield to the Lord. He added that immediately someone accepts Christ, the person is baptised into Christ and becomes a child of God and part of the Church.

According to him, this spiritual gift is important in the issues of marriage, educational plans, or projects that one wants to carry out. He used the example of John’s revelation of issues concerning the seven churches in the province of Asia as recorded in Revelation chapters 1 to 3, to illustrate how the gift of word of knowledge operates.

He encouraged Christians to be always ready to hear from God and operate in the gift of the Holy Spirit, saying, “The vessel that the spiritual gift is operating from is equally important as the gift itself.”

Apostle Dr. Daniel Okyere Walker revealed that his father Apostle Fred Diabene Walker (of blessed memory), was a good example of a Christian who operated in all the nine spiritual gifts. He used several examples in the ministry of his late father to establish the fact that the gifts of the Spirit are real.

He challenged Christians to desire and operate in the gifts of the Holy Spirit in order to put the Church on its toes.