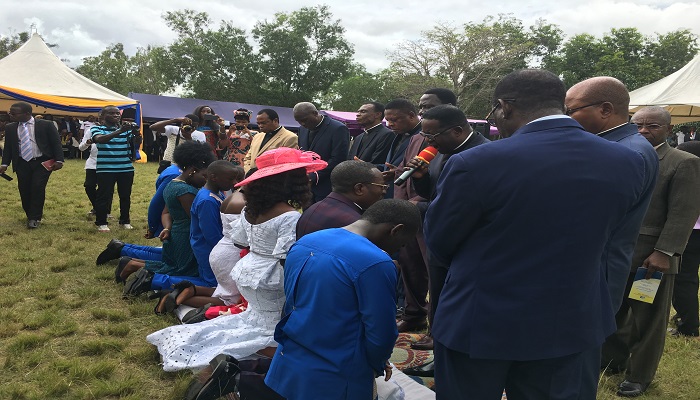 The Sogakope Area of The Church of Pentecost in the Volta Region has been inaugurated with Apostle Isaac Tetteh Judah as the pioneer Area Head.

The ceremony which took place on Sunday, September 23, 2018, was officiated by Apostle Yaw Adjei-Kwarteng, Hohoe Area Head and Executive Council Member of the Church. It was attended by people from far and near, including several ministers of the Church.

Apostle Moses Ahiakor, the Area Head of Ho, in a sermon on the theme: “But By Your Word” taken from Luke 5: 1-7; Romans 12:11; John 4: 35-36, among other scriptures, said God through His omnipotent power can do great things but He has chosen to partner with persons who avail themselves to accomplish His divine purposes on earth.

He admonished Christians to avail themselves to be used by God like Peter who made his boat available for Jesus to use.

Apostle Ahiakor called on Christians to follow the example of Peter who, even though was an experienced fisherman, believed and obeyed the simple word of Jesus, and launch into the deep, which yielded a bumper harvest of fish after toiling throughout the night without a catch.

He stated: “Have confidence in God’s promises; be loyal to God; take decisions in the will of God; don’t be afraid of the threats of the devil; accept and carefully consider the advice of others since they have the will power.”

As part of the programme, Apostle Isaac Tetteh Juddah and family were prayed for as they took over the leadership of the newly created Area.