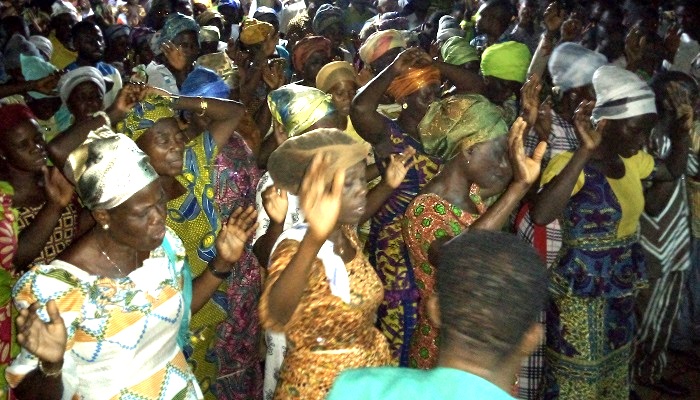 The Sogakope Area of The Church of Pentecost, under the leadership of Apostle Isaac Tetteh Juddah, has organized a three-day seminar for all officers in the Area at the Bethel Revival Grounds at Sogakope in the Volta Region.

The event, which commenced on December 5, 2018, was attended by the area pastorate as well as church leaders from all the districts in the Area.

Speaking on the topic: “The Leader; An Agent Of Transformation” based on Matthew 5:13-16, Exodus 1:6-8 and Jeremiah 1:5-10 among other Scripture references, Apostle Isaac Tetteh Juddah pointed out that good leadership is very key to church growth and national development. According to him, “Leadership is about who you are and how you think.”

Apostle Tetteh Judah therefore stated that Christian leaders ought to avail themselves to be led by God so that He would equip and strengthen them to become courageous leaders.

Citing Moses as an example, he said Moses was born in one of the most terrifying periods in history; a time when male children were to be killed based on the decree of King Pharaoh. But God preserved him and allowed him to pass through so many processes to become a courageous leader.

He said Moses was trained in Egypt (a place of trouble, anguish and hardship) by God for a special purpose. “God wanted Moses to be acquainted with the Egyptian system of governance so that in future he could confront King Pharaoh without fear,” he said.

Apostle Tetteh Judah, however, noted that when Moses resorted to his personal strength, his actions caused him to be banished from Egypt.

He then ended up in Midian (meaning “Habit”), where God had to purge him of the habit of relying on his own strength to solely rely on Him through the burning bush encounter in the wilderness.

The Sogakope Area Head, therefore, advised Christian leaders to avail themselves to the Lord, so that like clay, He would mould them into good leaders.

He also advised Christian leaders to see the work of the Lord as a call and to do it wholeheartedly bearing in mind that they would one day reunite with the Lord Jesus in a glorious ceremony.

Apostle Tetteh Judah further said that Christian leaders must not only be concerned about their local assemblies but also take particular interest in the community in which they reside.

He said that they must act as Salt and Light at their workplaces, homes and communities because they have been equipped with preservation qualities and the ability to radiate the beauty of Christ in this corrupt and dark world. “The Church has been called out of the world to worship God and serve the community,” he emphasized.

Concluding his message, Apostle Isaac Tetteh Juddah advised Christian leaders to equip themselves to be able to deal with prevailing contemporary challenges in order to transform the Church and the Nations.