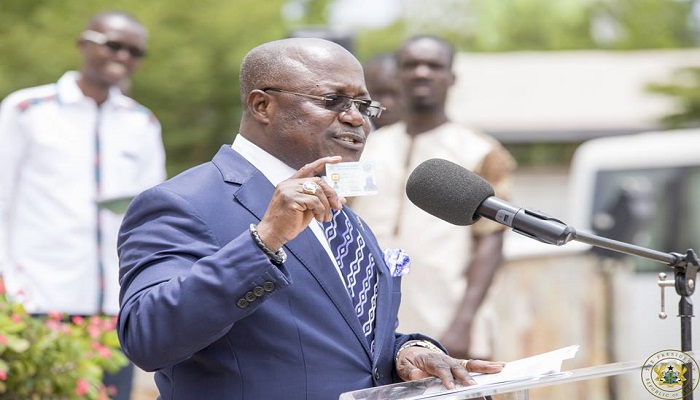 After multiple postponements, the registration and instant issuance for the national identity card, also known as the Ghana Card, is set to begin at 7 am today [Monday].

The project is among initiatives being undertaken by the government to formalise the economy.

According to the National Identification Authority, former heads of state, journalists and security officials will be the first to be issued cards before registration opens to the general public.

Speaking to Citi News, CEO of the National Identification Authority, Professor Ken Attafuah said: “We would have our technicians and registration officials at the Flagstaff House or Jubilee House. They will be at Parliament House, they will be at the judicial house premises, and they will also be at the security sector institutions registering them and issuing cards to them.”

“The strategy is to be in the Greater Accra Region for about two to three months registering every Ghanaian and we go onto the Volta Region, Northern Region, Upper East, Upper West, Brong Ahafo, Western Region, Ashanti Region, Eastern Region and then we end with the Central Region,” he added.

Consequently, the National Identification Authority has recruited and trained 2,700 commissioners of oath to operate alongside the staff of the NIA during the registration for the Ghana Card.

The exercise is expected to cost $1.2 billion over 15 years.

The government is contributing $531 million of the cost, while Identity Management System (IMS), which is partnering the NIA under a public/private partnership (PPP) agreement, will provide $678 million for the exercise.

The government in March 2018 also handed over a fleet of cars and other essential logistics to the National Identification Authority (NIA), to facilitate the public issuance of a national ID card.

Documents such as driving licences, National Health Insurance cards, baptismal certificates and voters identity cards are no longer tenable as sources of identification for the Ghana Card.

Only birth certificates and passports will be used as identification for the acquisition of the card, as provided for by the National Identification Amendment Law 2017 (Act 950).