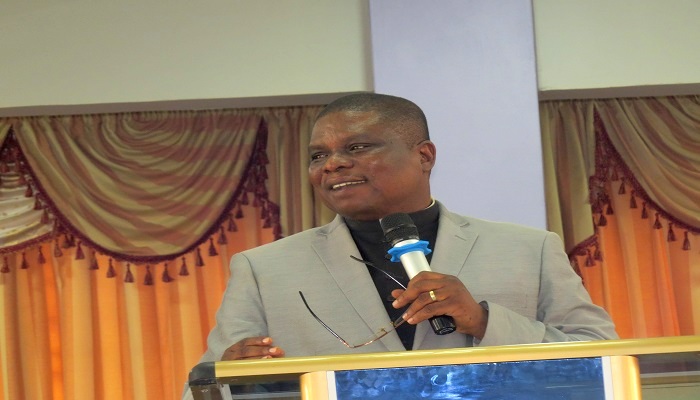 The La Area Head of The Church of Pentecost, Apostle John Appiah Aidoo, has charged members of the church to be careful not to harbour bitterness in their hearts against anyone, which can deprive them of their inner joy and happiness in life.

He made the call on Wednesday, August 8, 2018, in a sermon at the opening ceremony of a five-day LOGOS Camp meeting organised by the La Area Children’s Ministry at the Pentecost Convention Centre, Gomoa Fetteh, under the theme: “Children! Remain in Christ and His Basic Message.”

“Cane became an enemy of God for killing his brother Abel due to the bitterness he harboured in his heart after his sacrifice was rejected by God. If you fail to deal with bitterness when you are young, it will affect you for the rest of your life.

“Likewise, Essau harboured bitterness against his younger brother Jacob, after he had sold his birth right to him, for a bowl of food. When he realised that he’s made a mistake and wanted to reclaim his birth right, it became a bone of contention between the two. Jacob had to run away for fear of his brother’s wrath,” he noted.

Apostle Appiah Aidoo further stated that Joseph was hated by his own brothers to the extent that they attempted to kill him but eventually sold him into slavery, and ended up in the house of Potiphar, where he became a caretaker.

According to the Area Head, Joseph passed through divers temptations to the point that Potiphar’s wife wanted to sleep with him, and even lied against him and had him imprisoned, but in all of this, Joseph stood his ground for the cause of God and did not waiver his faith. “Due to that God blessed him and made him great in the land of Egypt. Joseph’s brothers and entire family eventually heard of him and sought for him,” he said.

Apostle John Appiah Aidoo stressed that in spite of all the evil his brothers did to him, Joseph did not hold it against them, neither did he curse them nor drive them away, rather he forgave and welcomed them. “If you truly serve God no weapon formed against you shall prosper.” he added.

He also said that Hannah was mocked by her rival, Peninnah, but she resorted not to harbour any form of bitterness against her, and in due course, God listened to her and answered her prayers.

He advised participants to pray always and forgive anyone who hurts them in other not to be bitter.