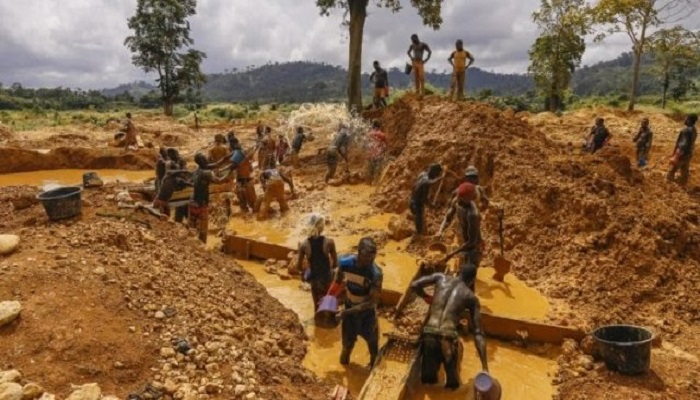 Government has lifted the ban on small-scale mining after 22 months.

The lifting, which takes effect from Monday, December 17, is to allow only small-scale miners who have been duly vetted and cleared by the Inter-Ministerial Committee on Illegal Mining (IMCIM) to mine in a regulated environment.

Speaking at the launch of the government’s new policy framework on regularizing and reforming mining activities in Ghana, Chairman of IMCIM Professor Kwabena Frimpong Boateng, who is also the Minister of Science, Technology and Innovation, announced that effective Monday qualified small-scale miners can resume work.

“Having successfully implemented the strategies outlined in the roadmap, the ban on small scale mining is being lifted as from Monday, 17th December,  2018,” he announced.

He explained the lifting of the ban is only “for miners who have gone through vetting successfully to go out and work within the regularized and reformed framework.”

Ahead of today’s lifting of the ban, government had made a presentation giving guidelines as to how the reformed framework will guide the operations of miners.

Professor Frimpong Boateng expressed gratitude to the President, Nana Addo Dankwa Akufo-Addo, for his commitment in the fight against illegal mining, popularly known as galamsey, and efforts to sanitize the mining sector.

As part of government’s effort to clamp down on galamsey in the country, the Akufo-Addo-led NPP government placed a ban on all forms of small-scale mining on assumption of office.

The government also deployed a joint military task-force, referred to as ‘Operation Vanguard’ to mining areas across the country to get rid of illegal miners.

All these measures culminated in the vetting of the licenses of all small-scale miners by an Inter-Ministerial Committee and the subsequent announcement on the lifting of the ban Friday.

The announcement is expected to bring some sort of relief to small-scale miners, who have been mounting pressure on the government to lift the ban.