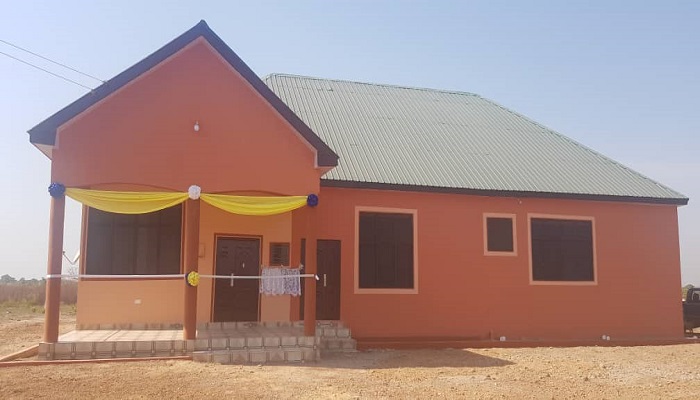 The Gnani District Mission House in the Yendi Area of The Church of Pentecost was on Friday, November 30, 2018, dedicated by the Area Head, Apostle William Kojo Edzorhoho.

Speaking at the service on the theme, “Be Fruitful” taken from Matthew 21:33-45 and John 8:44, Overseer Isaac Benjamin Kpaga of Wenchiki District challenged the members to bear fruit because God is expecting every believer to bear fruit.

He revealed that for the Christian, fruit bearing is not an option but a mandatory, saying, “God expects us to bear fruit in evangelism, tithing, and offering.”

Overseer Kpaga pointed out that God expects more from those who stay under the feet of His son Jesus Christ. He stressed the need for Christians to bear fruit in their marriages.

The Area Head, Apostle William Kojo Edzorhoho, on his part, exhorted the congregation to be accountable to what is given to them to work with.

Present at the ceremony were Pastor Isaac Appiah (Area Secretary), Overseer David Arthur (Gnani District Minister), and other ministers in the Area and their wives, as well as the chief of the community and his elders.