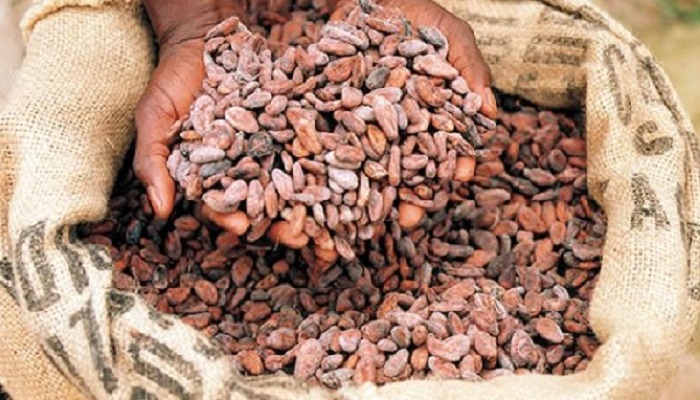 According to the Ghana Cocoa Board (COCOBOD), the rise in domestic processing this season was due mainly to the board supporting some of the processing companies to revamp their operations to grind more beans.

The increase brings to 34% of the total volume of annual cocoa output averaging 900,000 tonnes that is processed locally.

The Chief Executive Officer (CEO) of COCOBOD, Mr. Joseph Boahen Aidoo, told the Daily Graphic last Sunday that the board was on course to meeting the 2022 target of processing a minimum of 50 per cent of cocoa output locally.

He attributed the achievement to increased utilisation of the existing capacities of domestic cocoa processors, COCOBOD’s support to the grinders and the offering of beans on credit to some of the processors.

“In the case of the Cocoa Processing Company Limited (CPC), we established an Escrow Account so that after processing and sales, they lodge the money into the account for us to take the money meant for the beans. The rest can then be used for settling other costs of processing,” he said.

Mr. Aidoo said consequent to those arrangements and other support schemes granted other companies, the CPC and Niche Cocoa, both indigenous processors, and BD Associates became the main drivers of the 19 per cent growth in volumes processed.

He said data showed that while the CPC and Niche Cocoa grew their actual processed amounts by 119 per cent and 39 per cent, respectively, during the period, BD Associates processed 78 per cent more cocoa.

Mr. Aidoo revealed that some of the processors were hesitant in processing beans from the main crop season, a period when more beans were produced and sold at premium prices on the international market, due to the cost associated.

That challenge, he said, was being addressed by a range of strategies that could include discounting the main crop for the processors.

Asked if that would not impact negatively on COCOBOD’s finances, the CEO answered in the affirmative.

“Discounting it will put some pressure on us because when you buy it from the farmers, it is not discounted. So, if we decide to discount it, as we do with the light crop beans, then that is a cost to COCOBOD, but it is a government decision to encourage domestic processing,” he explained.