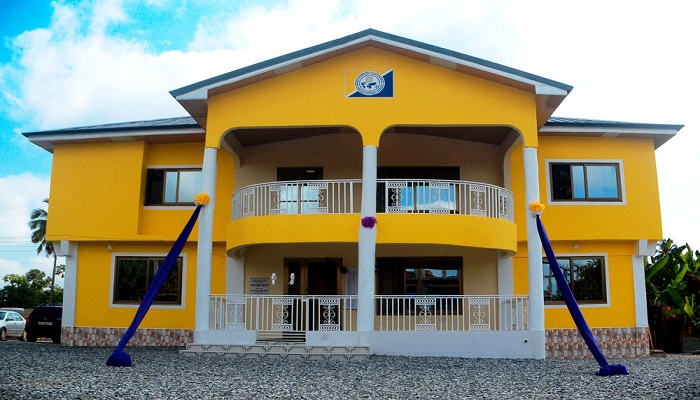 The Ati District Mission House in the Koforidua Effiduase Area of The Church of Pentecost has been dedicated to the glory of God.

The one-storey edifice was constructed at the total cost of GH¢222, 266.00. It was dedicated on Friday, November 23, 2018, by the Area Head, Apostle Daniel Yeboah Nsaful, assisted by the District Minister, Pastor David Essel Eshun, and the pastorate in the Area. The Area and the Head Office supported the project with GH¢62, 000.00.

The project which started in March 2015 was 73 per cent financed by members of the Church in the district. It has three master bedrooms, a family area with adjoining porch and a study room making the top floor. The ground floor has two bedrooms, a hall and dining, kitchen and visitors’ washroom.

Delivering the sermon on the title, “The Gospel Assignment and the Mission House,” Pastor Francis Adamu Gameli of Kukurantumi District, said God has given Christians an assignment to accomplish.

Quoting from Acts 26:15-21 and Matthew 10:5-8, he stressed that in the course of advancing the Kingdom business, members should also consider building mission houses to accommodate their ministers.

According to Pastor Gameli, anyone who partakes in this assignment of God will be blessed someday, saying, “The Lord will open the floodgate of His blessing on those who take part in this Kingdom business.”

The Area Head, Apostle Nsaful, in his remarks, congratulated members of the district and all those who supported in putting up the edifice. He also commended the District Pastor for selling his personal car to serve as a seed money to start the project.

In attendance were Mrs. Mary Nsaful (wife of the Area Head), the Krontihene of Ati and some chiefs, among others.