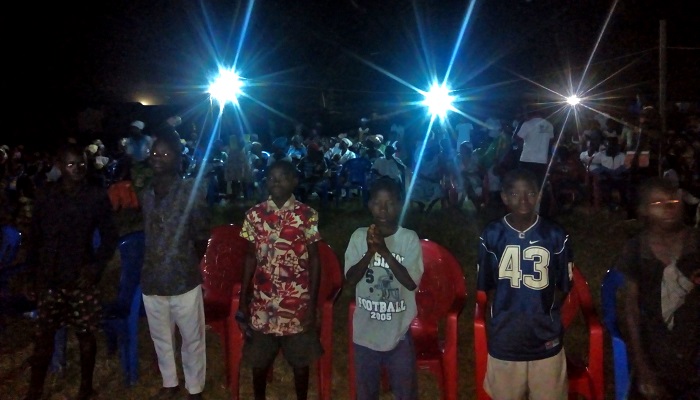 The Tamale Area of The Church of Pentecost, under the leadership of Apostle Isaac Nii Kotei Djani, an Executive Council Member of the Church, has successfully ended its four-day gospel crusade which won a total of 224 souls.

The crusade, which was part of the Area’s annual agenda to evangelize and reach out to lost souls, was divided into six zones, namely Salaga, Sabonjida, Loloto, Gulubi Quarters, Lonto and Kpadjai. It started from November 26 to 29, 2018.

Majority of the people living in Tamale and its environs are predominately Muslims, making the work of evangelism very challenging.

Despite these challenges, when the gospel message was preached, the power of God was felt and many lives were touched and transformed by the Holy Spirit. The captives were set free, several others were also baptized with the Holy Spirit. The residents described the great phenomenon as a taste of heaven on earth as joy flooded the hearts of many who attended the meetings.

Speaking at Nikata in the Salaga Zone, Apostle Isaac Nii Kotei Djani said that apart from the earthly life which is a temporal one, there is an eternal life only given to those who believe in Jesus Christ. Reading from 1 John 5:12, he said: “Whoever has the Son [Jesus Christ] has the God kind of life, and whoever does not have the Son does not have the God kind of life.”

He therefore advised the people to give their lives to Jesus Christ to have the God kind of life which is eternal life to secure them a place in heaven.

The four-day gospel crusade ended with 224 souls won out of which 171 were baptized in water. 72 others received the baptism of the Holy Spirit. Also, 117 children gave their lives to the Lord. The massive harvest of souls led to the creation of three new assemblies at the various centres.