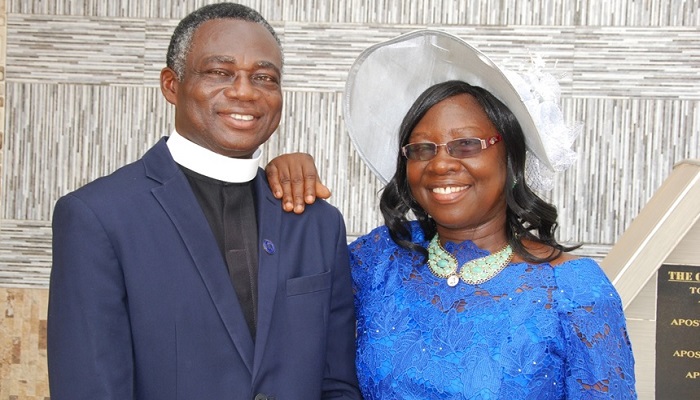 Moses Kwadjo Ayitey, the second among eight siblings was born on January 6, 1953 at Apesika near Adawso Akwapim in the Eastern Region of Ghana to Opanyin Kwaku Djimesah of blessed memory and Madam Hannah Oparebea. His parents hail from Togo but settled in Apesika.

Moses Ayitey started his education at Atebui L/A Primary School and completed at Adawso Presbyterian Middle school in 1973 passing out successfully with Middle School Leaving Certificate. He sat for and passed the Common Entrance examination to Secondary school, but could not go due to financial challenges at the time. However, desirous to make a living and on the recommendation of his former Head teacher, he entered into apprenticeship training as an Auto Sprayer at Nkawkaw under a Master Craftsman from 1975 to 1978 and passed out successfully as an Auto Sprayer. He exhibited great talents and skill throughout his apprenticeship.

On completion of his skill training, his master immediately employed him due to his hardworking nature. He worked with him for one year before he was called into the full-time ministry.

Moses was led to Christ by two brothers, Abraham Avevor of blessed memory and Emmanuel Dzigbordi who were also undergoing apprenticeship training at the same garage. He followed them to church one day and accepted Jesus Christ as his Lord and personal saviour. He was baptized by immersion into The Church of Pentecost in June 1975 by the late Apostle C.C. A. Hushie. He received the baptism in the Holy Spirit also in the same year during prayers at Nkawkaw Central Assembly.

Moses Kwadjo Ayitey was called into the full-time ministry of The Church of Pentecost in 1979 at Nkawkaw by the late Apostle C. Apau Asante as a Probationary Overseer and stationed at Hweehwee. He was called into the pastorate in 1985 at the General Easter Convention held at Labone in Accra. He was appointed an Area Head in 2007 and called into the office of Apostle in 2009. He has served faithfully, meritoriously and unreservedly at the following stations during his 33-year ministerial service:

Indeed, no good testimony can be given about Apostle Moses Ayitey if mention is not made of our dear mother, wife and sister, Mrs. Esther Ayitey, who served as a ‘pillar’ behind him. She was exceptional in hospitality. Her prayer support, love and dedication to the ministry, family and her husband have brought them this far.

By the grace of God, Apostle and Mrs. Ayitey would be retiring from the full-time ministry on Sunday, August 19, 2018 at the James McKeown Revival Centre, Asamankese after 39 years of active service in the Lord’s vine yard.