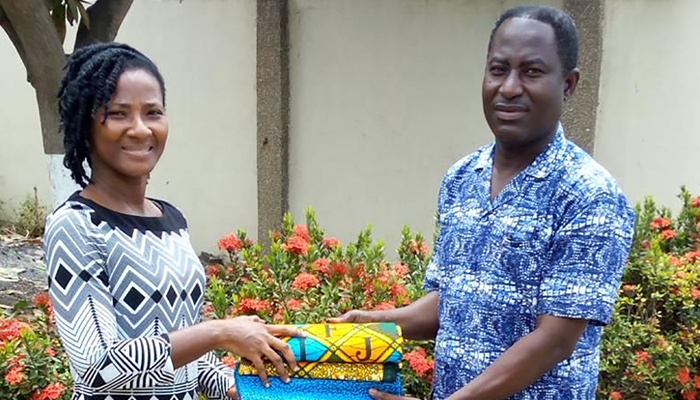 The Achimota Area of The Church of Pentecost has donated assorted items and a cash of GH¢46,000 to 225 members of the Church who were badly affected by the June 2018 flood that hit Accra.

The items, which included 100 pieces of clothes, food items, mattresses, soap, among others, were distributed to the victims drawn from Achimota, Dome, Ofankor, Dome New Town, Taifa North, Pokuase, Taifa and Kwabenya Point One districts.

Presenting the items on behalf of the Area, the Senior Executive Assistant to the Area Head, Mrs. Eunice Ahene Larbi, said the Area leadership was touched by the number of lives that were affected in the floods.

The disaster was one of the worst to have happened in Accra in recent times.  For close to seven hours, people and vehicles were left stranded at various parts of the city as traffic came to a standstill due to the torrential rains. Several vehicles were submerged in the most ferocious flooding, leaving in its trail the monumental devastation.

The Area Head, Apostle Joseph Kwame Assail and his executives, it would be recalled, toured the affected areas and prayed with the victims when the incidence occurred.