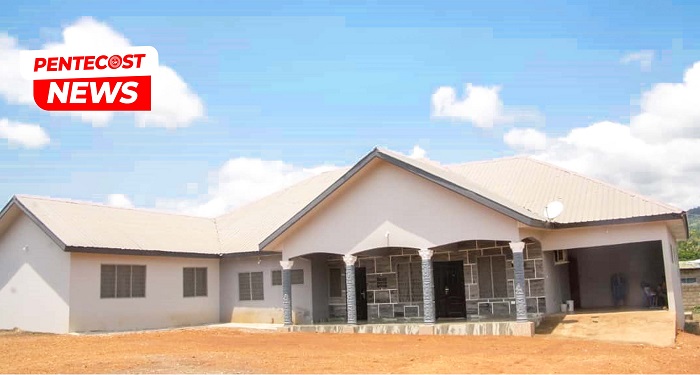 The event, which took place on Sunday, 20th September, 2020, brought together ministers and their wives in the Area, and members in the district.

The new mission house was constructed at a cost of GH₵ 298,401.00 with funding from the headquarters of the church, Area Infrastructure Development Fund (AIDF), district offerings, and individual donations.

According to him, people seek for rest whenever they become physically weary. “One of Jesus’ purposes on earth was to give rest to them that are weary and heavy laden. There is rest for the body and the soul. Jesus is able to fulfill both,” he said.

He indicated that rest comes in two forms – the rest that humans give to their fellow humans and that which is found in Christ Jesus. “Jesus is able to give rest to our souls and security to our bodies while we are on earth. He watches over His chosen ones,” he noted.

The Area Head exhorted Christians not to be anxious and overwhelmed by the unfortunate situations that sometimes face them in life.

He stated: “Let us unwaveringly seek the rest and security that Jesus offers for in it we find rest for our bodies and security for souls.”

Apostle James Gabriel Quardson commended the members for their sacrificial giving that has led to the completion of the project.