Tears flowed freely as relatives and sympathisers filed past the mortal remains of Pastor Edison Nii-Lamptey (Rtd.) at a memorial service held in honour of the former Radio Pastor of The Church of Pentecost today.

Pastor Edison Nii-Lamptey, 73, served in the full-time ministry of The Church of Pentecost for 24 years, during which he served as the Church’s minister in charge of Radio and Television for six years (2000-2006).

The memorial service, which took place at the Nsakina L/A JHS park, gave bereaved families, the clergy, and members of the Mount Zion Assembly in the Nsakina District, where he fellowshipped until his passing, the opportunity to pay their last respects to the departed minister.

A tribute read on behalf of the General Council by Apostle Lt. Col. B. G. Kumi-Woode, described the late minister as an ardent Bible teacher, passionate gospel preacher and a jealous upholder of the Pentecostal heritage.

“Perhaps, Pastor Lamptey’s contribution to The Church of Pentecost became more apparent when he was appointed the Radio Pastor of the Church in 2000, a role he discharged dutifully for six years. He significantly built on the work of his forebears by adding to the Church’s ever-growing list of radio and television platforms. This contributed massively to the Church’s efforts in winning souls and discipling many for Christ at the time,” the tribute further read.

The children, in a glowing tribute to their father, recounted how he ensured that they grew up in the fear of the Lord through strict spiritual disciplines such as daily devotion, occasional fasting, family prayers and the study of the word of God.

“He instilled in us godly values and principles of hard work, respect for all and service to God,” the tribute read.

Pastor Emmanuel Teye Sackitey of Anyaa District encouraged mourners at the event with a brief sermonette based on Acts 26:22-29, which he titled: “What Do You Know?”

He said that Saul (Paul) was very learned and prided himself in his knowledge until His encounter with Christ on the road to Damascus. He said that, like Paul, many people have gained knowledge in the world, but this knowledge is only useful in this life and have no benefit beyond this earth.

He said that when Paul encountered Christ, he realised that there was a light he had no knowledge of; eventually he had to humble himself and accept Jesus.

Pastor Sackitey further stated that, fortunate for Pastor Nii-Lamptey, who was also very learned and obtained several certificates and qualifications while on earth, he also gained knowledge of Christ and has, therefore, overcome death.

The Anyaa District Minister called on all who are yet to receive Christ as their Lord and personal Saviour, not to pride themselves in the knowledge they may have gained in this world but rather surrender to Christ in order to overcome death and access eternal life.

Born on August 9, 1949 into a staunch Apostolic home, Edison Lamptey demonstrated great intellectual and athletic ability throughout his educational life. This earned him great admiration from his lecturers and colleagues.

He obtained a Bachelor’s Degree in Theology from Canada Christian College (CCC) and the School of Graduate Theological Studies, and earned a Master of Arts (MA) Degree in the study of Religions from the University of Ghana (UG) School of Research and Graduate Studies.

His quest to broaden his knowledge led him to undertake a series of correspondent courses, including Advertising and Public Relations, at Cambridge International College (CIC) England UK, Radio and Television Presentation at the Ghana Institute of Journalism (GIJ) and specializing in Radio and Television Broadcast. He also trained in Religious Broadcasting at International Communication Training Institute (ICTI) UK, (Ghana Campus) and became a member of the Institute.

Before his call into the full-time ministry of The Church Pentecost, Pastor Lamptey was a lecturer at The Fountain Gate Bible College in Accra and the West Coast Bible College also in Accra. He was a Dean for both Colleges.

It is also worthy of note that Pastor Edison’s contribution and loyalty to the Church did not end at retirement. As a retired minister, he continued to teach and motivate the members for service and served as a role model and counsellor to the younger generation.

Pastor Edison Nii-Lamptey is survived by six children, one of whom is Pastor Godwin Ako-Addo, the Alajo District Minister of the Church and the immediate-past National Secretary of the Youth Ministry.

Indeed, a great man of God has gone home to be with his Maker after serving the purpose of God in his generation.

May his soul rest in perfect peace. 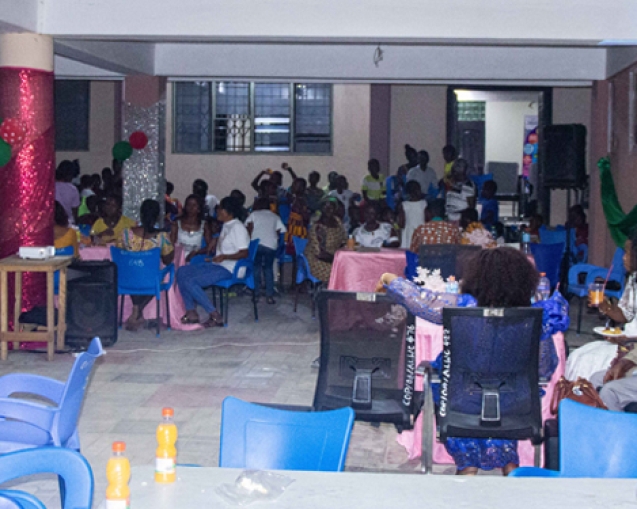