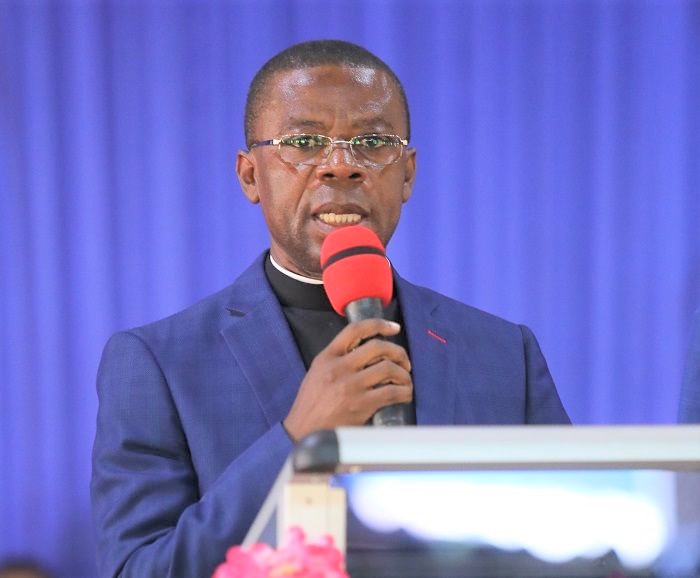 The International Missions Director (IMD) of The Church of Pentecost, Apostle Emmanuel Gyesi-Addo, has expressed grave concern that some preachers of the gospel are shifting their attention from preaching about salvation of Christ to acquiring worldly things.

According to him, instead of them to propagate the gospel of salvation and embark on evangelistic drive, many of them were unduly concerned with wealth acquisition and motivational messages at the expense of the unadulterated word of God. He wondered why some preachers have sought to replace evangelistic songs like ‘Rescue the perishing, care for the dying,’ ‘Hark the Voice of Jesus calling,’ among others with “Tomorrow by this time God will make a way” when they mount the pulpit to preach.

The IMD was of the view that the message of the gospel preacher should centre on eternal life for all who come to Jesus Christ and the wrath of God awaiting those who do not believe in Christ. “Pentecostals and evangelicals believe in the death of Christ that has atoned for the sins of mankind and so there is life after death; heaven and hell is real and this should be our message,” he said, adding that “we need to focus on reaching out to the ends of the world as missionaries of Christ.”

Speaking at the Adenta Estate Worship Centre (AEWC) in the Madina Area on Sunday March 14, 2021, to climax the 2021 McKeown Missions Week celebration, Apostle Gyesi-Addo intimated that to be sent as a messenger of God is to preach and proclaim Christ unto salvation and that is the mandate and responsibility of all believers (John 3:36; Luke 16:8, and Romans 10:13-17). He cited the story of Pastor James and Mrs. Sophia McKeown to drum home his point, stressing that they responded to the call to leave Europe for the Gold Coast, present day Ghana, in 1937 despite the challenges and frustrations for the sake of the gospel.

The IMD advised Christians to avoid undue rationalisation when it comes to giving to support the work of missions. “The gospel must be preached with its attendant social services. We need money to send missionaries, provide potable drinking water, build chapels, health centres among other interventions, and so your financial support is needed,” he emphasised.

Reading from Luke 16:8, Apostle Gyesi-Addo posited that unbelievers are able to sponsor all kinds of agenda without any reservation, yet Christians would always want to be shrewd by rationalising how much they are parting with for the sake of the gospel.

On behalf of the Chairman of the Church and the Missions Board, the IMD commended the AEWC for their immense contributions to the work missions. “Your performance over the years contributed to the calling of the late Elder George Amponsah to serve as a member of the International Missions Board,” he stated.

“Also, while serving as a missionary in Gabon, we consistently received telephone calls from members of this church every year. That was of great encouragement to us, and we believe that other missionaries would attest to this,” he said, adding, “For my last official Missions Week celebration as the IMD, I decided to come and fellowship with you, to commend and express our appreciation for your good works and to further urge you to continue in the good works.”

The Resident Minister, Pastor Eric Asare, on his part, was grateful to the IMD for his visit and encouragement. He said the AEWC was blessed with missions-minded members and so would continue to pray for them and contribute financially to the work of missions.

The AEWC recently received a citation from the Madina Area for emerging as the highest contributor of the McKeown Missions Week for four continuous years, thus from 2016 to 2020.