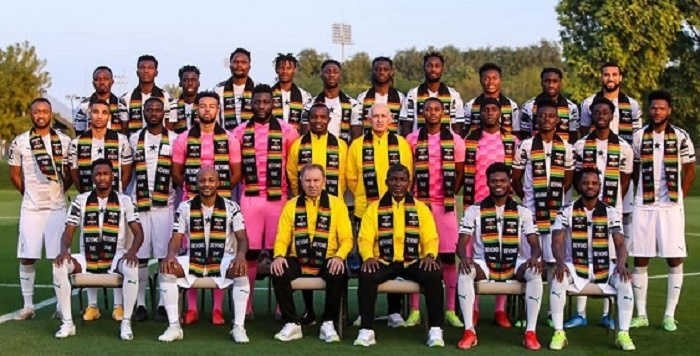 There is growing confidence in the camp of the Black Stars, with the head coach, Milovan Rajevac, upbeat about getting the African Cup of Nations (AFCON) campaign off to a winning start when the team play their Group C opener against Morocco at the Stade Ahmadou Ahidjo in Yaoundé today.

Coach Rajevac said he expected an exciting game from both sides but maintained that the Black Stars were ready to give of their best to win that opener.

Similarly, a bullish Skipper Dede Ayew said he expected to lead his teammates to victory this afternoon, as he made his seventh appearance at the continent’s flagship tournament.

He said it was high time Ghana ended its 40-year AFCON drought, and that a win today against Morocco would put the team on the right path in their quest to win the elusive fifth continental diadem.

The confidence expressed by the coach and the captain follows a rallying call by President Nana Addo Dankwa Akufo-Addo to the team to end their long search for a fifth AFCON title.

In a message to the Black Stars yesterday, the President wished the team well and reiterated the expectations by Ghanaians for them to conquer Africa one more time, since winning a fourth continental title in Libya in 1982.

“Like all previous tournaments, Ghanaians demand ultimate glory from the Black Stars. The pressure to succeed is understandably high because of our reputation as four-time champions and also because it’s been 40 long years since we won the tournament.

At the team’s pre-match press conference, Serbian Coach Rajevac was emphatic that a winning start in their Group C encounter against the Atlas Lions would be a confident booster for the team, despite the threat the Moroccan posed.

“We are aware of the danger that Morocco poses and that means a lot to us because of what we want to achieve. We expect a thrilling encounter from both sides, but we believe we will get the result that we need at the end of the game,” Coach Rajevac, who had led the team to finish second at the 2010 tournament in Angola, said.

Despite being one of the giants of African football with four AFCON titles, the Black Stars are not one of the favourite teams to win this 33rd edition of the tournament.

The Black Stars are considered behind defending champions Algeria, Senegal, Morocco, Côte d’Ivoire and Nigeria, among others, to make any significant impact at the continental competition.

Despite missing out on youngsters Felix Afena Gyan and Mohammed Salisu, Coach Rajevac is optimistic Mohammed Kudus will make an injury return to play a pivotal role in Ghana’s participation at the AFCON.

“We included him in the squad after assessing his injury, and with his qualities, we believe he will make the trip to help us in Cameroun,” he said.

In Kudus’s absence, Skipper Andre Ayew and his brother, Jordan, Kamaldeen Sulemana, Fatawu Issahaku, Daniel Amartey, Alexander Djiku, among others, must rise to the occasion to help deliver an important win for the team.

The Black Stars continue to struggle against North African opponents — they exited the last AFCON after losing to Tunisia, and were recently thrashed 3-0 by champions Algeria in an international friendly.

Meanwhile, the Moroccans have so much quality to worry the Stars, despite coming to the tournament without one of their star men, Hakim Ziyech.

But they have equally great players, such as Achraf Hakimi, Munir El Haddadi, Youssif En-Nesyri, Romain Saiss, among others, to make amends for missing out on their Chelsea playmaker who was overlooked by Coach Vahid Halilodzic for feigning injury to avoid a previous international assignment.