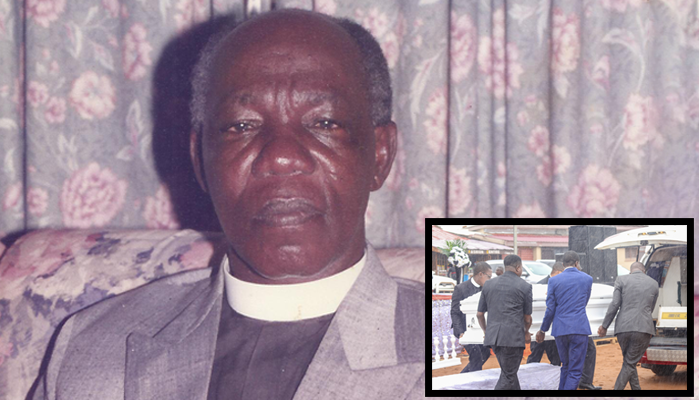 A memorial and burial service for the late Prophet Samuel Kwadwo Osei, a retired minister of The Church of Pentecost and former Executive Council Member of the Church, was held on Saturday, September 8, 2018, at Ashalley Botwe, near Madina in Accra.

The funeral service which was attended by loved ones, members and ministers of the Church from all walks of life, was officiated by the Chairman of The Church of Pentecost, Apostle Eric Nyamekye, assisted by the General Secretary, Apostle Alexander Nana Yaw Kumi-Larbi.

Addressing the mourners, the Chairman said even though death seems to be wicked and enemy to humanity, it is friendly to Christians because it ushers believers to eternal glory. According to Chairman, since generations come and go, no one will remain on the earth forever because death awaits all.

He therefore challenged all and sundry to live a life pleasing to God so that when the end comes they will have a befitting rest for their souls.

In a sermon based on Hebrews 11:1-12; 12:1-2, Apostle Joseph Albert Mensah, a retired minister of the Church, described the late Prophet S. K. Osei as “a man of faith.” He called on believers to remain relentless in their faith in Jesus Christ just as the fathers of the faith did in order to make it to the end.

In a tribute, the General Council of The Church of Pentecost said Prophet Osei, while in active service, was always on fire doing the work of his Master, as he gave his all to witnessing about the Lord Jesus Christ.

According to the Council, “The Lord through his evangelistic and prophetic ministry saved numerous souls from eternal damnation, impacted many lives and mentored several others in Christ.”

The General Council further said the late Prophet S. K. Osei was one person who contributed so much to the then Witness Movement, now Evangelism Ministry, having held various positions in the Ministry from the Local level to the National level.

He is survived by his wife, Mrs. Mary Osei, and five children.