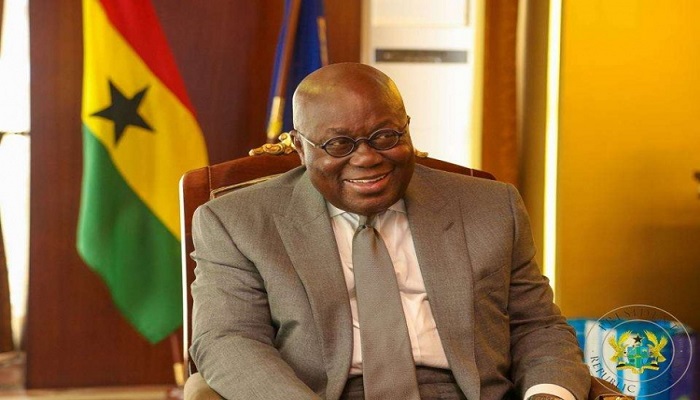 President Nana Addo Dankwa Addo-Addo on Saturday congratulated the people in the soon to be created regions in Ghana for the courtly manner they exercised their constitutional right last Thursday.

The Ghana News Agency hereby submits the congratulatory message by the President on the outcome of the referendum held to decide on the creation of six new regions.

On Thursday, 27th December, 2018, Ghanaians in some affected parts of the country turned out in their numbers to give virtually unanimous assent to the re-organisation of the nation’s regional governance structure, so as to bring Government closer to them, and, thereby, accelerate their socio-economic development.

This is the first time, in a constitutional era, that regions are being created under constitutional provisions. In each of the six affected areas, the threshold as stipulated in the Constitution for the creation of a region to succeed, that is at least 50 per cent turnout of the registered electorate and at least 80 per cent of ballots cast in favour, was convincingly and spectacularly met.

The will of the people determined the outcome of Thursday’s referenda, and I congratulate the people in the soon to be created regions of Ahafo, Bono East, North East, Oti, Savannah and Western North for the dignified, peaceful manner in which they exercised their franchise and constitutional right.

The new leadership of the Electoral Commission is to be commended for passing its first test by ensuring the holding of free, fair and transparent referenda. The security agencies and members of the media are also to be applauded for the invaluable roles played towards the success of this exercise.

I thank the members of the Brobbey Commission, led by the noted jurist, Mr. Justice S.A. Brobbey, a retired member of the Supreme Court, for the thorough and painstaking work the Commission did, which resulted in the recommendations that received overwhelming, popular endorsement.

The Ghanaian people, by this singular process, have again demonstrated to the world their deep attachment to the principles of democratic accountability and the rule of law. It is a harbinger of that national transformation into the free, open, democratic state that is at the core of our national aspiration for freedom and justice. We are chartering new paths in the growth and development of our country, and I am confident that, together, we will put our nation onto the path of progress and prosperity.

As we enter a new year, let me, again, wish all the people of Ghana a happy and prosperous 2019. May God bless us all, and our homeland Ghana, and make her great and strong.”