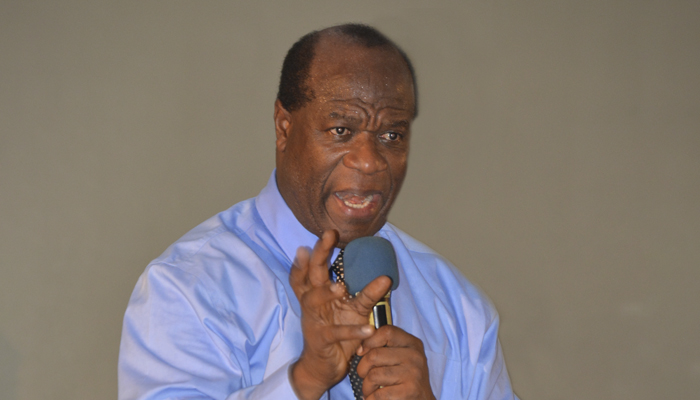 The Teshie-Nungua Area Head of The Church of Pentecost, Apostle Dr Alfred Koduah, has admonished political parties in the country to eschew politics of insults to avoid political tension in the country.

He pointed out that politicians could communicate their messages to the electorate without insult and advised politicians to be measured in their utterances to maintain the peace.

Apostle Dr Koduah said this during a sermon last Sunday at a thanksgiving service attended by the old and newly elected national executive members, sympathisers and supporters of the National Democratic Congress (NDC) at the Safo Memorial Temple of The Church of Pentecost at Nungua in Accra to climax its 2018 National congresses.

The NDC national executive members were at the service to give thanks to God for seeing the party through a successful National Delegates Congress and Women and Youth Conference held in October and November.

Quoting Psalm 136 as a source of the sermon, Apostle Dr Koduah said the nation should always be grateful to God for His mercies in addition to abundance of resources showered on the country.

The national Chairman of the NDC, Mr Samuel Ofosu Ampofo assured that the party was committed to pursuing issue–based campaign as a way of convincing Ghanaians of a better alternative in governance come 2020 elections.

He indicated that the party would not indulge in any discussion that had the tendency to inflame political tension in the country.

The NDC National Chairman encouraged newly elected officers at all levels of leadership in the party to endeavour to reconcile with aggrieved members of the party through the thanksgiving service to ensure that the party operated on a united front.

Mr Ofosu Ampofo stated that the party attended the service to express appreciation to God for ‘His mercies and protection during our campaign rounds devoid of accidents and loss of limbs’.