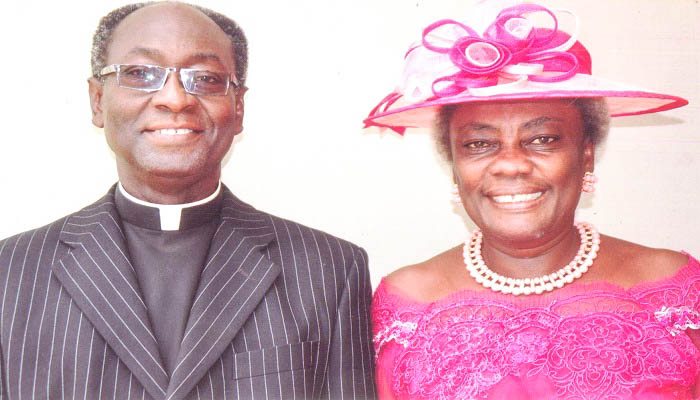 Frank Osei-Owusu was born on October 26, 1953, to the glorious nuptial union of Mr. Francis Osei (now of blessed memory), a native of Anomangye near Suame in Kumasi and Mrs. Agnes Osei from Elmina in the Central Region.

Frank, whose parents were key figures of The Church of Pentecost was born into the Church. He, however, accepted Jesus Christ as his Lord and personal Saviour in 1974 while he was a student at the University of Cape-Coast. He was one of the front-liners of the church during his stay in Liberia.

Frank married the then Miss Mercy Morrison (now Mercy Osei-Owusu) on December 14, 1980. The marriage has been blessed with four (4) children, and many other non-biological children.

After struggling with the various recommendatory indications and confirmations of a call to full-time pastoral ministry spanning over twenty (20) years, Frank Osei-Owusu finally gave up the futile fight and was called in the year 2000. He was given the assignment of Pastor with Special Duties and was stationed at the Head Office of the Church in Accra.

After a year’s service in that capacity, he was posted to the field as the first District Pastor for the newly-created East Legon District under the then Accra East Area. Altogether, Pastor Frank Osei-Owusu served in the full-time ministry for eighteen (18) years.

Indeed, no good testimony could be given about Pastor Osei-Owusu without the mention of his dear wife, Mrs. Mercy Osei-Owusu, who served as the minister behind his ministry. Together they have formed a formidable partnership in ministry, which has yielded very fruitful results to the glory of God.

A retirement service would be held in honour of Pastor Frank and Mrs. Mercy Osei-Owusu on Sunday, July 29, 2018, at the Elim Assembly, Pomposo in the Obuasi Area of The Church of Pentecost.