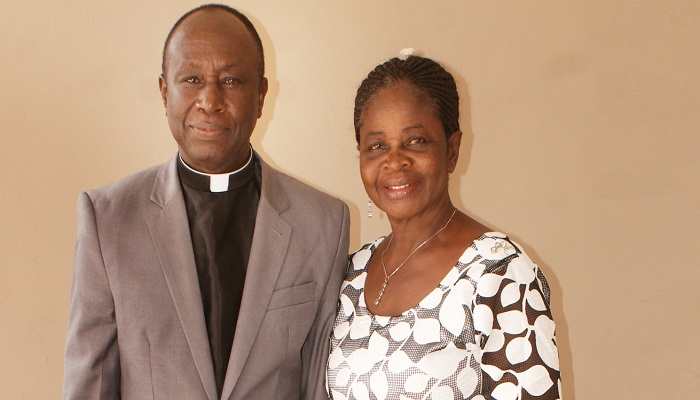 Benjamin Kwame Duodu was born on Saturday, August 15, 1953, to Opanin Kwame Duodu and Maame Akua Nyarko (both deceased) natives of Akumadan in the Offinso North District of the Ashanti Region.

Benjamin had his primary and middle school education at Akumadan Methodist School from 1959 to 1968 where he obtained the Middle School Leaving Certificate (MSLC).

He gained admission to study Veterinary Medicine at West Virginia University in the USA. His elder brother who sponsored his secondary education and was residing in Côte d’Ivoire at that time decided to sponsor his tertiary education too. Because of that, Benjamin Duodu travelled to Côte d’Ivoire. But his elder brother did not pay the money required by the American Embassy in Abidjan, thereby shattering Kwame’s hope for a tertiary education outside the country.

According to his elder brother, a Mallam he consulted said if he allowed him to travel to the USA, it was his corpse that would be brought back to Ghana. Since he could not afford to lose his younger brother at that early age, he chose not to let him travel.

Duodu worked as a General Science Tutor at Akumadan Secondary School from 1977 to 1980. From 1980 to 1985, he traded in spare parts in both Kumasi and Sunyani.

Benjamin Duodu married Gloria Love Mensah, now Mrs Gloria Love Duodu, in 1976 and they have been blessed with seven children (6 females and a male).

Kwame Duodu again left Ghana for Côte d’Ivoire in 1985 to explore avenues for expanding his business. In September 1986 he was instructed in a dream to go to The Church of Pentecost in Abidjan. The following day being Sunday, he obeyed the voice and joined the Treich Ville Assembly in Abidjan.

He was baptized in water on the 10th day of October 1986 by Pastor K. A. Gaston (now a retired Apostle) in Koumassi, a suburb of Abidjan in the presence of Apostle B. Y. Apedo (now Retired), the then National Head of the Church.

He received the baptism of the Holy Spirit in December 1986 during the Christmas Convention held in Gangnoa in Côte d’Ivoire. He worshipped with the Treich Ville Assembly until he returned to Ghana to join his family in December 1987 at Bremang in Kumasi.

Pastor Benjamin Duodu could not have asked the Lord for a better partner than Mrs. Gloria Love Duodu. In her, he found comfort, support, love, godly wisdom and counsel. Together, they have formed a formidable partnership in ministry which has yielded very fruitful results to the glory of God.

A retirement service would be held in honour of Pastor Benjamin and Mrs. Gloria Duodu on Sunday, July 29, 2018, at Ahwiaa Central Assembly in the New Tafo Area of The Church of Pentecost.