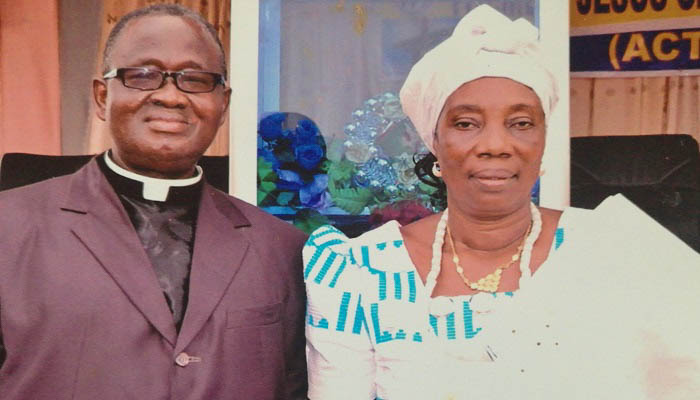 Ato Kwamena Dapaah, now known as Pastor William Twumasi Ankrah, was born on December 13, 1953, at Agona Swedru in the Central Region of Ghana to Elder Sampson and Deaconess Dorcas Aba Twumasi, both of blessed memory.

He started school at the age of six at Sefwi Benchema in the Western Region. He proceeded to Sefwi Asawinso ‘B’ School and then, later to Tarkwa Methodist School. William wrote the Middle School Leaving Certificate Examination at Benchema on August 28, 1970, and he came out successfully with distinction. William took to farming since he could not further his education due to financial constraints.

William Twumasi Ankrah accepted the Lord Jesus Christ as his Lord and Saviour and was baptised by immersion in the year 1969 by Pastor A. B. Mensah of blessed memory.

In 1978, he got married to Akua Quarm, now known as Mrs. Margaret Twumasi Ankrah whose father was an Ivorian and mother a Ghanaian from Sefwi, both of blessed memory. Their marriage is blessed with a son and seven daughters.

The successes Pastor Twumasi Ankrah has chalked in ministry could not have been possible without the support of his wife, Mrs. Margaret Twumasi Ankrah, a virtuous woman who has stood solidly behind him.

A retirement service would be held in honour of Pastor William and Mrs. Margaret Twumasi Ankrah on Sunday, July 29, 2018, at the Odumase Krobo Central Assembly in the Agormanya Area of The Church of Pentecost.