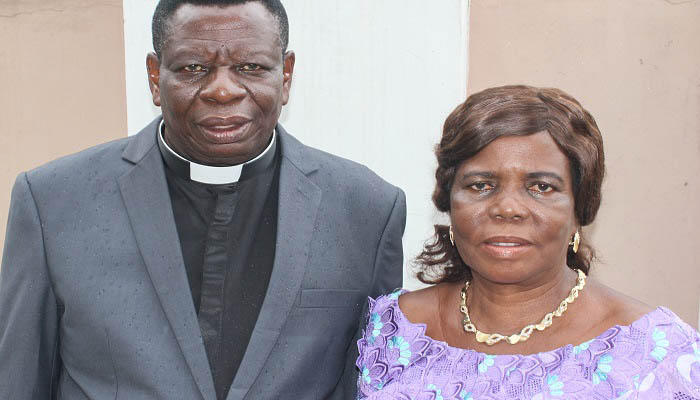 Robert Kwadwo Taylor was born on September 29, 1953, at Odede in the Eastern Region of Ghana. He is the firstborn of Papa Abraham Kwadwo Taylor of blessed memory and Madam Felicia Dede Nohilem (retired Deaconess) both from Yilo Krobo.

Robert started elementary school in 1960 at Sefwi Asemnyinakrom Local Authority (L/A) Primary School. He continued at Kakamah Bunasi L/A and later completed at Sefwi Asanwinso L/A Middle School “A”. Due to financial constraints, his ambition to continue his education at that time could not materialise. Since he was trained as a farmer, he held on to mechanized farming and then went into petty trading.

Robert Kwadwo Taylor accepted the Lord Jesus Christ as his Lord and personal saviour on November 23, 1974, and was baptised by Evangelist M. T. Wayoe (now of blessed memory) at Dede-Sawirako. Not long after his conversion, he was appointed the Presiding Elder of Kpom-Lorlornyo and Asutware-Alabornu Assemblies. He was ordained a Deacon by Prophet M. K. Yeboah and later an Elder by Apostle A. T. Nartey both of blessed memory.

Robert got married to Deaconess Janet Dede Asare. Their marriage was solemnized by Apostle F. D. Walker on April 21, 1985 and was blessed with four children (Wisdom, Eunice, Debora and Esther).

Indeed, Pastor Robert Taylor could not have had a successful ministry without the support of his hardworking wife, Mrs Janet Taylor who served as a “pillar” behind him. The duo formed a formidable team to champion the Kingdom business in every facet of their ministry.

A retirement service would be held in honour of Pastor Robert and Mrs. Janet Taylor on Sunday, July 29, 2018, at the Apremdo Central Assembly in the Takoradi Area of The Church of Pentecost.