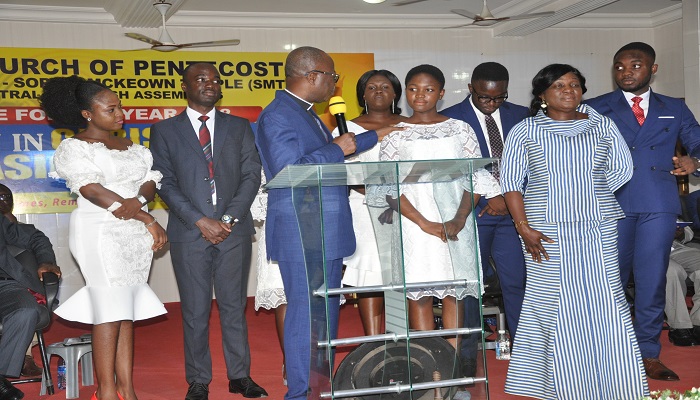 The La Area of The Church of Pentecost on Sunday, September 23, 2018, organised a welcome service for Apostle John Osei Amaniampong and family at the Sophia Mckeown Temple.

The well attended service was officiated by the Chairman of the Church, Apostle Eric Nyamekye.

Preaching the sermon, the Rector of the Pentecost University College (PUC), Apostle Dr. Daniel Okyere Walker, in his message titled “Stewardship: With Me in Charge, We Will Possess the Nations,” entreated all and sundry to take charge of whatever is entrusted to their care, and discharge them diligently and faithfully to possess the nations.

Apostle John Osei Amaniampong, in a remark based on Psalm 17:5, entreated members in the Area to uphold the policies and directives of the Church to ensure smooth running of the Church and the body of Christ.

He promised to work and respect all persons in order to build on the foundations that have been laid by his predecessors.