Government To Begin ‘Rearing For Food And Jobs’ In 2019’- Minister 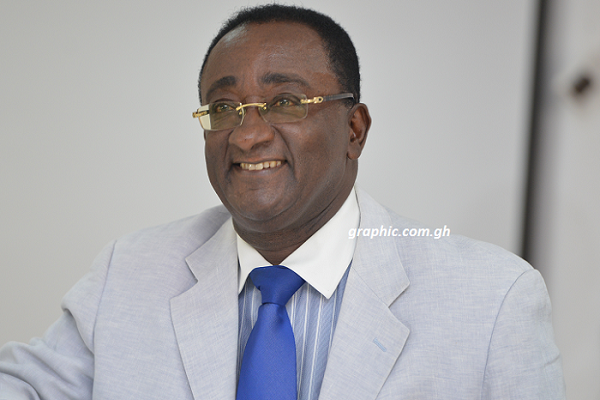 Government To Begin ‘Rearing For Food And Jobs’ In 2019’- Minister

Dr Owusu Afriyie-Akoto, the Minister for Food and Agriculture, has announced that government will from 2019 roll out a new programme christened: ‘Rearing for Food and Jobs,’ to facilitate growth in the livestock industry.

He explained that the programme would increase livestock production in the country to meet the high demand for meat and as well reduce importation of meat.

Dr Afriyie-Akoto announced this on Tuesday in Accra at the Agricultural Sector Performance Review organised by the Ministry of Food and Agriculture.

He stated that Ministry was resuscitating permanent buildings with veterinary doctors and all other experts with about 250 hectares ranch to look at the animals that will give the country more meat and milk.

He said government remained committed to modernisation and would transform the agriculture sector to create jobs and wealth for the citizenry.

Touching on government interventions, he said in the past two years, government had focused on the Planting for Food and Jobs campaign with the aim to increase farm productivity through access to improved inputs and extension services.

He said government had revived the extension services with the recruitment of 2,700 extension agents and other relevant staff, adding that some of them would start work before the end of 2018.

“With support from Canada, government procured and distributed 216 new pickups to the departments of agriculture of the district assemblies and 3,000 motorbikes were being distributed to extension agents,” he added.

Dr Afriyie-Akoto said the Ministry had revitalised the National Food and Buffer Stock Company with resources to absorb anticipated increased production and were rehabilitating warehouses and constructing new ones.

“We have brought the Fall Army Worm menace under control. From the destruction of 14,000 hectares in 2017, only 78 hectares were destroyed in 2018 due to the proactive measures put in place by the Ministry.”

He said the Ministry had maintained the national task-force in the sensitization of farmers on Fall Army Worms, and trained technicians and the formation of spraying groups to effectively manage the threat of Fall Army Worms.

The Minister appealed to the development partners who were not fully on board to the Ministry’s programme to support them to implement the programmes and improve the livelihood of the citizenry.