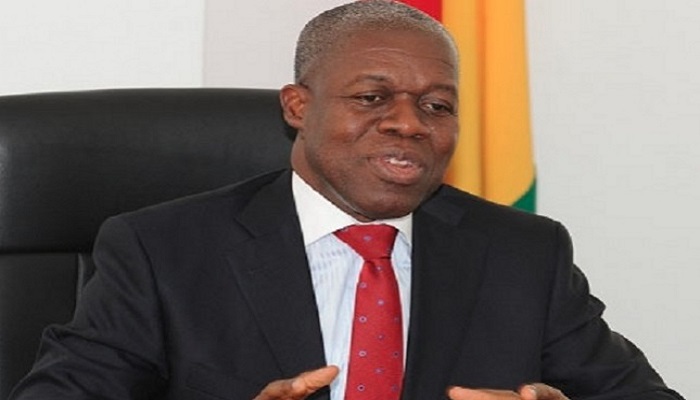 He is said to have collapsed at the Air Force Gym in Accra Friday morning during a workout.

He was rushed to the 37 Military Hospital where he was pronounced dead.

Born on April 29, 1951, the economist, academic and politician was the sixth Vice-President of Ghana, in office from August 6, 2012 until January 7, 2017, under President John Dramani Mahama.

“I have learnt with shock and great sadness the sudden death of the former Vice President of the Republic, His Excellency Paa Kwesi Amissah Arthur,” President Nana Addo Dankwa Akufo-Addo posted on Facebook.

“He has been a longstanding public servant, who discharged his duties with dignity. The news of his death is unfortunate, since he appeared to have a lot to contribute to the public life of our country,” President Akufo-Addo added.

“My thoughts and sympathies are with his wife, children and family. I extend my deepest condolences to them, and also to the former President of the Republic, His Excellency John Dramani Mahama, and to the National Democratic Congress, of which the former Vice President was a prominent member. Ghana has lost a fine public servant. May his soul rest in perfect peace,” President Akufo-Addo posted.

Mr Amissah-Arthur was part of the team of technocrats who managed Ghana’s structural adjustment programme in the 1980s.

He served as Chairman of Ghana International Bank Public Limited Company and was its Director from November 25, 2009.

Prior to becoming Vice President in 2012, he worked as a private Consultant and Economist.

Amissah-Arthur was born at Cape Coast. His mother is from the Hutchful family and his father is from the Amissah-Arthur family, both from Cape Coast. He completed his secondary education at the Mfantsipim School, where he obtained the GCE Ordinary Level in 1969 and the GCE Advanced Level in 1971. He proceeded to the University of Ghana at Legon, where he obtained the B.Sc. in 1974 and M.Sc. in 1976, both in Economics.

Amissah-Arthur was a research assistant at the Institute of Statistical, Social and Economic Research between 1974 and 1975. He later joined the Economics Department as a teaching assistant from 1977 to 1978, going on to become an assistant lecturer in 1979.

From 1983 to 1986, Amissah-Arthur served as a special assistant to the Secretary of Finance and Economic Planning, Dr Kwesi Botchwey, in the Provisional National Defense Council (PNDC) government.

Amissah-Arthur was appointed as Governor of the Bank of Ghana in October 2009 by President John Evans Atta Mills. He held that position until August 6, 2012, when he became Vice-President of Ghana following the death of President Atta Mills.

Amissah-Arthur was married to Matilda Amissah-Arthur with two children. He was a Christian and was known to worship at the Calvary Methodist Church at Adabraka in Accra.