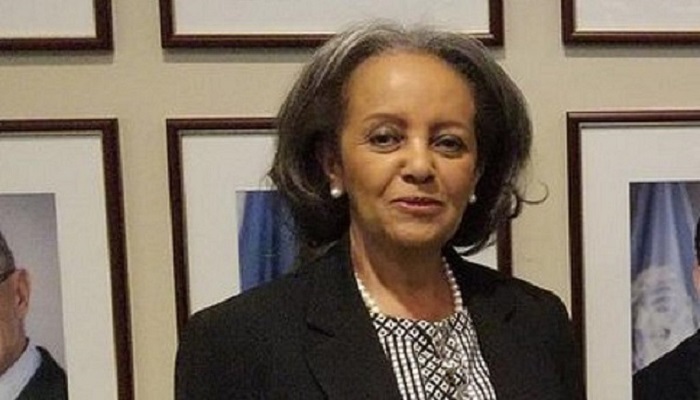 Ms Sahle-Work is an experienced diplomat who has now become Africa’s only female head of state.

Her election to the ceremonial position comes a week after Prime Minister Abiy Ahmed appointed a cabinet with half the posts taken up by women.

After being sworn in, President Sahle-Work promised to work hard to make gender equality a reality in Ethiopia.

Addressing parliament, she also pledged to promote peace: “I urge you all, to uphold our peace, in the name of a mother, who is the first to suffer from the absence of peace.”

Ms Sahle-Work was voted in after the unexpected resignation of her predecessor, Mulatu Teshome.

The prime minister’s chief of staff, Fitsum Arega, tweeted that the “appointment of a female head of state not only sets the standard for the future but also normalises women as decision-makers in public life”.