Drink Deep From The River of God – Chairman Tells Christians 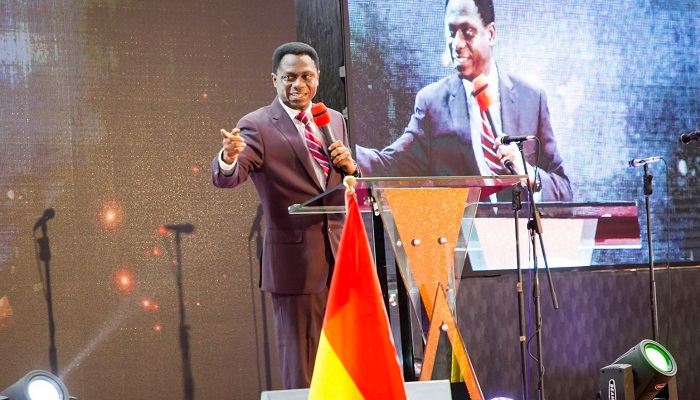 Drink Deep From The River of God – Chairman Tells Christians

The Chairman of The Church of Pentecost, Apostle Eric Nyamekye has called on Christians to aspire for spiritual maturity and to yearn for a deeper relationship with God.

Apostle Eric Nyamekye said this on Sunday, October 28, 2018, when he addressed participants of the 2018 edition of the Messianic Encounter Conference dubbed “MEC2018” organised by the Pentecost International Worship Centre in the La Area (PIWC-Kokomlemle). The event was held under the theme: Overflow.

Speaking on the topic: “The River of God”, Apostle Nyamekye quoted Psalm 46:4, Psalm 87, Genesis 2:6-14, Psalm 65:9 and Jeremiah 2:13, among several other scriptures, to stress that the River of God is found in the presence of God. He further explained that, in the Old Testament, the River of God was in the city of Jerusalem because God dwelled among the Israelites. He explained that due to the covenant God had with the Israelites, the Israelites regarded themselves as superior to the other people of the earth, whom they labelled as slurs or gentiles.

Apostle Nyamekye noted that because of the new covenant of God through Christ there is now a new order which grants both believing Jews and non-Jews equal access to the River of God, adding that it is the union of believing Jews and Gentiles which has culminated into the Church of God ( Hebrews 12:22-24, 1 Corinthians 10:32).

The Chairman said that when one becomes a believer, God deposits “His water” (His presence, His anointing, Holy Spirit) in them, and they are to ensure that the water deposited in them wells up and flows through them to positively affect the lives of those around them.

Apostle Nyamekye noted that the “water of God” in the Christian makes the carrier glad and must also extend to become a blessing to others.

He explained that when the water rises above the waist and overflows then it becomes a river of God and thus flows beyond the carrier to give life to others wherever it flows.

Apostle Eric Nyamekye, therefore, charged Christians to keep to the source of the living water, God, and drink deep from the water of life through constant study of the word of God and prayer. He cautioned them not to only seek material things in their walk with God, but above all else, seek a deeper relationship with Him. He also advised them to make a positive impact wherever they find themselves by living up to their Christian standards.

“God is looking for people through whom His living water would flow so that those around them would be curious to know how they could also access the water of life,“ he said.