Christians Urged To Use Social Media For Evangelism

Home - News - Christians Urged To Use Social Media For Evangelism 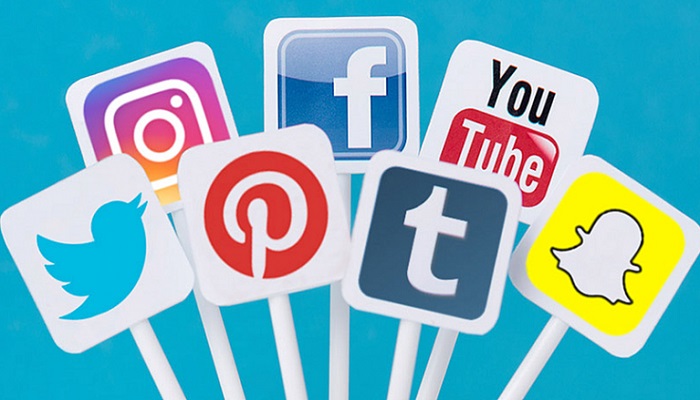 Christians Urged To Use Social Media For Evangelism

Christians have been advised to take advantage of the phenomenal reach of Social Media to propagate the gospel message of Jesus Christ.

This appeal was made by the Publications Officer of The Church of Pentecost, Pastor Isaac Annor, on Friday, September 28, 2018, during the recently-held Evangelism Conference (EVACON 2018).

Speaking on the topic: “Social Media & Evangelism,” Pastor Annor said that the introduction of Social Media in this age presents Christians a great opportunity to fulfil the Great Commission.

“Jesus asked us to go into the world and make disciples of all nations, but we can now begin to reach and teach the world through a device we hold in our hand or a small computer that sits on our lap. The world today has changed and there are great opportunities for the Church,” he said.

According to him, Social Media has become part of everyday living and has therefore outgrown its initial purpose for social engagements and entertainment.

“Today, the news is first broken on Social Media before it finds its way into the traditional media. As a matter of fact, now most media houses rely on Social Media for news information. In some cases, various Heads of State have adopted it as a medium through which they reach their citizens and update them on their daily schedules and activities. This has therefore drawn all sorts of people to the Social Media platform unlike previously when it was seen as an entertainment tool for the youth,” he noted.

To emphasize his assertion of Social Media as a great evangelistic tool, Pastor Annor, who doubles as Resident Minister for Born Again Worship Centre in Achimota Area, revealed some staggering statistics about Social Media.

He pointed out that surveys conducted by credible research institutions in 2018 revealed that 54.4% of the total global population, estimated to be about 7.5 billion, are active Social Media users. These findings suggest that more than half of the world’s population are actively involved in the use of Social Media.

“A related Social Media research conducted during the same period also revealed that over 2 billion of the world’s population are active users of Facebook alone! In essence, if Facebook was to be a country, it would be the most populated in the world,” he added.

Pastor Annor, therefore, called on Christians to take advantage of the vast opportunities that Social Media presents to ensure that the gospel message goes viral in fulfilment of their divine mandate.

The Publications Manager further noted that Social Media is relevant to the body of Christ, because it provides a platform to reach many with the gospel message and reach out to specific groups who may otherwise be difficult to reach.

He also noted that since most of the youth are steeped in the use of technology, Social Media provides Christians with an avenue to meet them, engage them and disciple them in the faith.

Pastor Annor said that Social Media also gives believers an opportunity to defend the faith, saying, “Today, people are not sitting around in debate clubs. They are not going to the town squares in the middle of cities. Instead, they are having discussions on Social Media. Social Media is where people are gathering, debating, discussing ideas and connecting with others. Among these people, are anti-Christians and unbelievers some of whom speak falsely against the Christian faith. As apologists of the Christian faith, we ought to be there to set the records straight.”

“Since time immemorial, various forms of technology have been employed by early believers in disseminating the Gospel message of Christ. Even in the days of Paul the Apostle, his use of the ink and the scroll was seen as high-end technology at the time. This proves that technology has always been with us, and it has helped with the dissemination of the Gospel.

“It is sad that we have left modern technology to the people of the world and always play catch up to them when it comes to employing technology. If there ever was a group of people who should be taking full advantage of technological advancements, then it should have been the Church because we were long foretold about the increase in knowledge in the Last Days by the Prophet Daniel.

“The arguments of some section of the Church public that seek to over-spiritualise the evangelism strategies of our forebears and discredit the use of modern technological strategies for the same cause in our dispensation are irrelevant. This is because even though God remains the same, He has always been dynamic in His approach and dealings with specific generations, and today’s dispensation is the age of Social Media. As a result, we cannot effectively operate in today’s world and disregard the significance of Social Media in the efforts of the Church.

“One way the Lord is speaking to His Church in contemporary times is through technology in order to win souls and disciple people. As Christians, we must understand that the evolution of the world is not to make the world uncomfortable for people to live in, but to make it easier for Christians to spread the Gospel.

“The Church exists for nothing else but to draw people to Christ and to make us like him. Let us go out with creativity, boldness and these amazing new tools in our hands to share the best news in the world with more people than ever before. As Jesus did, let us pursue people with the Gospel wherever they are.

“From 7 to 2 BC, the Word became flesh (Jesus) and dwelt among men (John 1:14); in the 21st Century, the Word becomes digital and makes its dwelling among men,” he said.