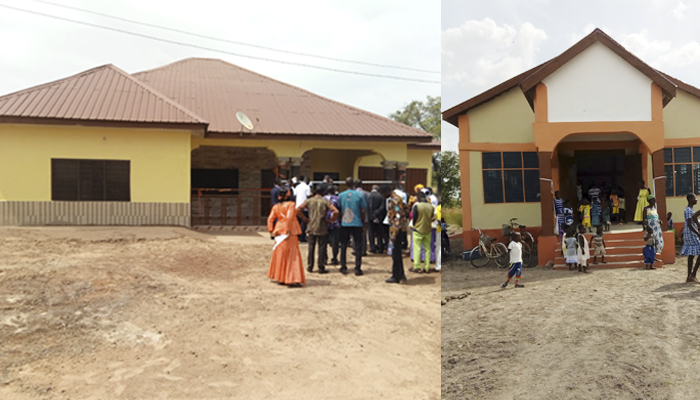 Three church projects in the Chamba District in the Yendi Area of The Church of Pentecost have been dedicated to the glory of God.

The sod cutting for the district mission house took place in 2013 by the then Area Head, Apostle Daniel Nii Teiko Tackie, assisted by Pastor Abraham Nana Bamfo Oppong, the then District Minister.

Speaking at the service on the theme, “Remaining in Christ As We Are Being Dedicated To God,” Probationary Overseer James Bariki Yambilla of Wolensi District admonished believers to be patient and responsive to the corrections of God.

He asked believers to always live in the “Now” and should not take pride in past glories. He noted that though Apostles Peter and Judas Iscariot were fed with the very words of Jesus Christ, they were prone to sin. However, he said, Peter fully repented and was saved, but Judas saw destruction because he did not ask God for the forgiveness of his sin.

In a remark, Apostle Edzorhoho commended Pastor Francis Ofori-Atta (Chamba District Minister) and his team for diligently executing the projects. He also praised the effort of all others, including past ministers for the successful completion of the projects.

In attendance were the chief of Chamba and his entourage, the Assemblyman, delegations from sister churches and Pastor Abraham Nana Bamfo Oppong (Resident Minister of Kwadaso Pentecost International Worship Centre).