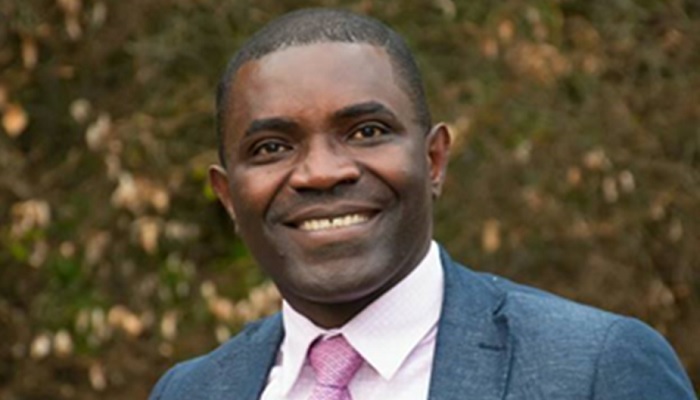 Artificial Intelligence, The Greatest Threat To Humanity And Faith Effect Of The Advances In Science And Technology

In my previous article, I highlighted the tremendous positive impact of science and technology on the development of mankind. We have indeed benefitted from technological advances and no one can deny this. Even the Science and Technology freak, enjoys the benefit of mobile phones, TVs, Internet, Social Media, cars, cash machines, Online Banking, trains, podcast, aircrafts, and supermarkets, just to mention a few.

Clearly, our world has advanced faster than any other period before it. The changes in general lifestyle due to the impact of scientific and technological advances since the 1960s, is unparalleled with any other change in the history of mankind. Key among the enabling technologies behind these changes is Artificial Intelligence (AI).

I am using AI to represent suites of technologies and scientific principles that enable machines to perform human-like tasks, especially in the concept of learning from experience and being able to independently function in a way a human being would. This may sound complex, but AI is already with us.

Many have argued its non-feasibility and how complex the human being is (Psalm 139:14) and cannot be completely mimicked by any machine. But in its simplest form, a machine doesn’t need to look like a human being or even think like a human to perform a human function. This is where many miss out. We are entering another phase of life where human activities may be taken over by machines that do not necessarily look or think like humans, yet are able to achieve ‘better’ operational results. For example, cash machines don’t think and behave like human beings, yet they count out cash; submarines don’t swim like dolphins, yet they go under sea; satellite navigators don’t look like maps, yet they provide directions more effectively. Aircrafts do not function like birds, yet they fly across oceans. AI is already with us.

Concerning AI, one of the brightest Christian thinkers, Nigel Cameron, indicated that, “we saw it coming, the computers were getting smarter; we caused it, they will evolve but we must learn to control what they do, before they cause a greater mess- the church has a role to play.” This is just true. With AI advancement, there may be no limit, because we do not know; concerning its impact, it could be greater than we can imagine; in terms of its application, everything could be influenced by it- Churches, Governments, Schools, Banks, etc. In fairness, we are already soaked in AI applications. It is all around us and its benefit cannot be refuted.

The little male or female voice we hear on our navigation systems to help provide directions to places is a good example of an AI-based navigation system. Compare this with stopping by the road side to ask people for directions. If you live in the part of the world where people are extremely ‘kind’, even when they don’t know the direction, they offer to help by directing you the wrong way. It reminds me of my own story.

As mentioned already, another common application of AI is the ATM and online banking technology, where you are currently able to do most bank transactions without having to go to the counter. Many are also already benefitting from search algorithms on smart phones and computers for Bible verses and sermons. This is another good application of AI and general smart computing.

Advances in this field is obvious. For those who travel, the Opodo website (www.opodo.com), for example, offers a smart flight search and connects with banking services to allow travellers to pay for their fares and print their boarding passes. This used to be done by travel agents. Clearly, AI application streams to almost every field. It is applicable in medical diagnosis, mortgage applications, credit checks, tourism, banking, Schools and University applications, etc.

There are currently, AI-based robot-like pets that can keep adults company. Some adults have already shown interest in these pets because they will not have to feed them, clean their mess and pay for veterinary services. Apart from pets for adults, the intelligent Barbie doll that can chat with children is also a good example. Similarly, Japan has invested heavily in human-looking robots, usually called, humanoids-robots, to provide care for the elderly. These AI-based robots can turn lights off, provide food, feed, lift and carry people around.

Some of these robots can even create relationship with adults and make them clap or dance. They have become very interactive and it is difficult to differentiate what they do from what human-carers provide for the elderly. So literally, these robots are being turned into carers and helpers. This should not surprise Apple users who are already familiar with Siri, that beautiful voice that seeks to help users.

As can be seen, AI-based products have become extremely useful and a necessary part of human life, but my main question is: “as machines and things become more intelligent and produce quicker results, what will be the implication on humanity?” To overlook this question, many have denied the intelligibility of machines, but long in secondary schools, we trusted calculators to workout large numbers which our brains would have struggled to do within limited time. Considering the rate of development, machines will indeed become more intelligent, smarter, cheaper, smaller, accessible, able to reason and engage more in human-like activities. What then becomes of HUMANITY?

More seriously, AI comes with its own implicit philosophies and ideologies which is buried in how users begin to perceive the world, people and God. This is why I believe that the greatest force that could impact Christianity or all faith movements is AI. This will be prominent in the West and later to all nations. It is predicted that this impact would be greater than any persecution Christianity has faced. The seriousness of the matter is that, this form of persecution will not come as a physical agent, brutal force, or a regime; instead it will present itself as a subtle worldview of ideologies that will militate against Christianity and faith in general. When asked at a recent conference in Westminster, UK, “what will be the most dangerous consequences of science and technology?” I didn’t have to think twice. It is: “how to live as humans created in the image of God, in the midst of advanced AI.”

Sadly, many miss the point and associate AI and robots to only mechanical activities or tasks. That is not surprising because the world nowadays is crowded with news on driverless cars, internet of things, automated vacuum cleaners, auto-pilots and the rest. These devices are undoubtedly intelligent, but if this is all that AI could achieve, then it can be compared with how computers took over the jobs of typewriters. It is definitely not just that; AI is more complicated than that. The fundamental scientific principle behind AI-devices is in three folds:
(1) Being able to learn from occurrences;
(2) Based on previous learnings, being able to predict future occurrences;
(3) Reacting appropriately based on (1) and (2).

In the extreme form of the application of this principle, AI-based devices can be made to express emotions, show affection, demonstrate love, coordinate and react to issues just as humans would. This may appear far-fetched but its application in sci-fic is already out there. The proliferation of sex robots, robot-carers, robot-pets and AI-playmates are indications of how the future will look like. My question therefore needs to resound: “if this is how far AI could drive us, what then becomes of HUMANITY and our FAITH?”

The general response to this question has been, “it is not possible for AI to take over,” but quite frankly, that is only a show of limited understanding of AI technologies. The advancement of AI is like the construction of the Tower of Babel; “the Lord said, nothing they set out to do will be impossible for them!” (Genesis 11:6b NLT).

We are likely to be living in a world fully integrated or immersed in AI. The next passenger could be an AI device on a mission to the next town. Whilst they enter our world, we will be made to live with them. Whilst living with them, are we to exercise some of our deep Christian values of forgiveness, compassion and human feelings to them? Of course, among humans, these attributes are straight forward but how do we extend them to AI-Robots, and how do they extend it back to us? I believe what has kept this world going includes the affection humans have towards other humans. These are God-given inherent attributes for mankind. As a Christian Techie, I believe these attributes can still be coded in machines, so what then is the solution?

I think the voice of the Christian is very important here, because AI like any other technology is contained in Genesis 1- We are made in the image of God and are God’s stewards over his estate. It is our dominion over the earth which has led to the development of science and technologies like, AI. Thus, the advancement of technologies even fulfil the will of God for mankind. But the real point is this: Human being is the only creature made in the image of God; a container of the Spirit of God, God’s Estate Manager and Technology Developer. Therefore, we must define the limits of our inventions. We are responsible!

We have capacity through legislation, restrictions, encoding and decoding, and in fact an ability to specify the boundaries of all technologies. In fact, machines are machines; we define what they do; they don’t define how we should make them (Isaiah 45:9; Romans 9:21; Isaiah 29:16). This is a very important point because these technologies do not exist by themselves, hence they do not assume superiority over humans. Unfortunately, through sin, humans have become enemies of God and their heart is driven towards anything that undermines fundamental godliness and human integrity. Also, AI has come at a period where freedom is an attractive word.

In this sense, developers of AI-based technologies have also become free thinkers without a careful consideration of the causal impact of their decisions on human development. This is why Christians, policy makers, technology developers and people of influence must consciously endeavour to ensure that the dignity of humanity is maintained at all times.

As can be seen from the above discussions, AI is not inherently bad; some developers of AI, including myself are Christians, therefore cannot be branded evil. The difference is in the worldview and personal philosophies that various developers and organisations bring to the technology. Some of their world views and philosophies and thus application of AI may be anti-Christian. They may not act to promote effective human-human relationship (humanity) or human-God relationship (divinity). We Christians are therefore a voice and a Tech piece to channel AI for better godly living.